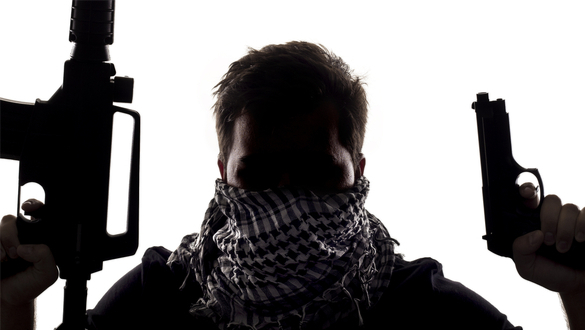 Yesterday evening, during a CNN interview with the former Vice President, Joe Biden the current front runner for the Democratic presidential nomination spoke after two mass shootings left 31 dead in El Paso and Dayton pledged if elected he would do everything he could do to ban assault weapons. While doing so, he also pledged that guns owned before the ban would not be subject to confiscation, but said he would back a national gun buyback program to incentivize Americans to help reduce the 5 million assault rifles that are held by private gun owners in the United States.

“The Second Amendment doesn’t say you can’t restrict the kinds of weapons people can own… You can’t buy a bazooka. You can’t have a flamethrower.”

“Clearly [Trump's] actions have done nothing to do anything other than encourage this behavior,”

Joe Biden has been a ferocious backer of a federal gun buyback program, and ban on assault weapons calling them military weapons that should not be on America’s streets in a tempt to try and prevent more mass shootings. The frontrunner for the Democrat nomination for President worked hundreds of hours trying to persuade Senate Republicans in the aftermath of the Newtown, Connecticut grammar school massacre only to be blocked and defeated by Senate Majority Leader Mitch McConnell.

While Democrats are urging Moscow Mitch to call the U.S. Senate, the editor and publisher of WallStreetRebel.com James DiGeorgia is urging Nancy Pelosi and to call the House of Representatives back into session to vote on censuring President Trump for his racism and failure to back universal background checks and his claim that the gun isn’t responsible for the slaughter. DiGeorgia said…

“A gun capable of mowing down over 30 people in 1 minute is responsible for mass causalities. The good guy with a gun narrative is an ugly, senseless lie. The police were on the scene in 30 seconds in Dayton; they may have prevented many more fatalities and shooting victims. The gunman was able to shoot down more than two dozen people.

“These guns must be banned from and those still owning them should be licensed and require death and maiming insurance of $10 to $20 million per gun they own. Sports ownership of these guns should require their storage in an insured and totally secured gun range.

“Speaker Nancy Pelosi has the power to call Congress back in session to censure President Trump for his racism and his encouraging white supremacists, white nationalist into perpetrating acts of violence.”

“Every American should be calling for the House of Representatives to be called back into session as a way of forcing Moscow Mitch into a vote on both bipartisan and House-passed bills to try to stem the violence. Trump should adopt the 1% rule adopted by The George W. Bush Administration, which insisted if a law could eliminate 1% of the deaths and violence of international terrorists, it should be passed.”