Biden Modifies His Agenda to Appeal to Moderates 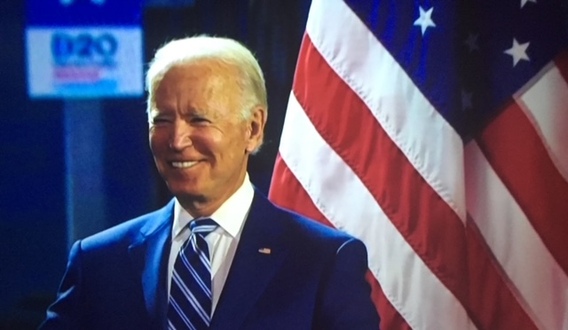 Despite the president’s protests, his $3.5 trillion collections of spending programs and tax cuts will need to be drastically reduced.

To achieve the president’s ambitious $2.3 trillion social safety net expansion, President Biden and Democratic leaders in Congress have recently scaled down their plans, forcing challenging decisions about how to reduce the scope of the president’s program.

A generational extension of government in Americans’ lives, including measures to combat climate change and child poverty, expand access to education, and assist American businesses to compete with China, was part of Mr. Biden’s previous proposal.

According to party members engaged in the talks, free community college, child tax credits, and universal prekindergarten may need to be limited to lower- and middle-income Americans.

White House officials consider whether to retain as many projects as feasible by reducing their length or scope or to abandon certain efforts completely while keeping others substantially intact.

The cutbacks hurt Mr. Biden’s program, but the remaining proposals would still help many Americans.

Mr. Biden and his advisers knew they would have to scale down their ambitions to appease the party’s moderates for months.

But the president has emphasized in public and private talks with Democrats that even a lesser package may help the party retain control in next year’s midterm elections.

President Biden said Tuesday in Michigan, where he spoke at a union hall to promote not only the policies in his spending bill, “These bills are about competitiveness versus complacency. They’re about opportunity versus decay.”

As part of a concession to two centrist Democratic senators, Joe Manchin (D-WVA) and Kyrsten Sinema (D-AZ), the president acknowledged in private meetings with House Democrats on Monday and Tuesday that he was now negotiating a plan to spend no more than $2.3 trillion, and possibly less, in a concession to them.

Manchin has said that he would support a $1.5 trillion stimulus plan under certain circumstances.

Progressives are still clamoring for greater rights and protections.

According to a person familiar with the conversation, during a private meeting between President Joe Biden and progressive lawmakers on Monday, Representative Pramila Jayapal of Washington, the chairwoman of the Congressional Progressive Caucus, pushed back on the price range Mr. Biden offered and instead suggested a price tag of at least $2.5 trillion, and possibly as high as $2.9 trillion.

The individual who spoke on the condition of anonymity described a discussion that took place behind closed doors.

White House officials have privately said that President Biden is pressuring Senators Manchin and Sinema to include as much spending as possible in the final package.

Administration officials also claim that the plan’s lower cost of spending and tax cuts would make it easier for Democrats to agree on revenue increases — such as tax hikes on high incomes and businesses — to meet the measure’s cost to pay for itself.

Republicans argue that the measure imposes an excessive amount of government intrusion into people’s lives and that its tax hikes would have a crippling effect on the economy.

However, the bill’s supporters view it as a once-in-a-lifetime, if not ephemeral, chance to deliver on decades of promises made to voters by Democratic leaders.

Many Democrats are privately concerned that they will lose their congressional majority in the next midterm elections, making this possibly their final opportunity for a long time to implement policies that they think would be successful and popular with the public.

In the House of Representatives, Democratic leaders have set October 31 as the next self-imposed deadline for attempting to pass both the $1 trillion infrastructure measure and the vast domestic policy package.

Democrats and progressive organizations have started pushing Democratic leaders and the White House to ensure that their favored spending initiatives are included in the package, either entirely or partially.

Supporters of what President Joe Biden initially proposed as a $400 billion investment in-home health care for disabled and elderly Americans, including the powerful Service Employees International Union, are urging Congress to maintain that spending at a level that both expands access to in-home care and raises the wages of those who provide that care.

Women of color make up a disproportionate number of employed, making this expenditure a crucial component of President Biden’s pledge to increase racial equality.

In a letter to her Democratic colleagues in the House this week, Speaker Nancy Pelosi outlined three areas that a final package should address to support children and jobs: health care, which should include both expanding Medicaid and improving Medicare benefits, family care, and the environment (which should consist of addressing climate change).

She stated that it was still essential to “emphasize and convey to the nation the transformational character of the measures in the law,” as she had done before.

Some liberals have advocated for incorporating as many programs as feasible in current legislation and then building on those programs in future legislation as time goes on.

According to two individuals familiar with the remarks, Ms. Pelosi suggested on Tuesday when speaking privately to members of the House Democratic leadership that many in the caucus believed it would be preferable to concentrate on fewer projects that they could carry out effectively.

Mr. Biden met electronically for nearly an hour on Tuesday with a group of swing-district Democrats who are facing some of the most difficult re-election battles of the midterm elections to learn about their objectives and to reaffirm his commitment to ensuring that both pieces of legislation become law.