Biden Faces the Most Dangerous Hours of the Afghan Operation 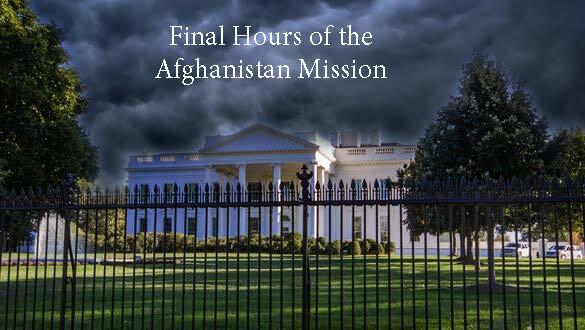 As the Afghanistan mission enters its final days of the military withdrawal, the United States military command will almost certainly be required to develop a contingency plan to remove American citizens from the country, adding yet another complex aspect to an already unstable situation in the country.

The last of the United States military troops in Afghanistan are scheduled to depart the nation on Tuesday, bringing an end to a nearly two-decade-long military involvement in the country.

Despite this, the Biden administration will face a number of challenges, including deciding whether to continue evacuation missions for Americans and Afghan allies who were left behind, as well as dealing with the fallout from a deadly ISIS attack last week that killed more than a dozen American service members.

President Barack Biden is under pressure from Republicans and even some Democrats to prolong the military operation beyond September.

Many Democrats have pressed President Biden to do more to evacuate or assist Afghan friends and refugees in recent weeks. In contrast, some Republican members have attempted to instill anxiety about being let into the United States.

Lawmakers from both political parties want Biden to verify that all Americans have been evacuated from Afghanistan.

The ability of the White House to complete the United States operation in Afghanistan without incurring any more fatalities may define Biden's first year in office, even as officials warn that the last hours could be the most dangerous for troops on the ground.

During the Trump administration, Nathan Sales, the former director of the State Department's Counterterrorism Bureau, warned that the country should prepare itself for greater instability and unrest.

"It's very difficult to do an evacuation at the same time you're doing a military retrograde, and that's essentially the situation we're in now."

In the wake of the suicide attack outside Kabul's international airport on Thursday, White House officials have made it plain that the United States would conclude its military operation on Tuesday, stating that the timetable has not altered.

According to White House press secretary Jen Psaki, this mission's "most hazardous phase to date" will occur over the next three days, which was announced in a statement on Friday.

The United States attacked an ISIS-K planner late Friday night, marking the first documented military action against the group after the catastrophic blast. ISIS-K terrorists claimed responsibility for the deaths of hundreds of people.

President Barack Biden traveled to Dover Air Force Base in Delaware on Sunday to meet with the families of service members who perished in the attack and to take part in the respectful transport of the victims.

The military is in the last stages of its departure from Afghanistan, which means commanders are putting soldiers in a position to leave the nation while also destroying equipment and placing gear removed from the country.

Although the military operation will be completed in the coming hours, most of the focus will be on ensuring the safe exit of American service members and Afghans who have contributed to the war effort over the last two decades.

In the United States, the Department of Homeland Security is in charge of efforts to screen and relocate Afghan refugees, a matter of worry for some Republicans who have tried to portray the enormous relocation operation as a matter of national security concern.

Biden has promised that any American who wishes to return home from Afghanistan would do so without difficulty.

Nonetheless, State Department spokesperson Jen Psaki said on Friday that the United States could not "promise" that all visa holders and other at-risk Afghan civilians would be evacuated by the deadline.

After the military withdrawal is complete, U.S. troops will probably have to devise a strategy for evacuating American residents from the nation, adding even another complicated element to an already unstable scenario.

According to the State Department, up to 250 Americans remaining in Afghanistan have signaled that they are attempting to leave the country, in addition to about 280 others who have not yet decided whether they want to leave the country or plan to remain in the nation.

Escalating evacuation flights are likely to come to an end before the entire military withdrawal is finished.

Nearly 3,000 individuals were evacuated from Afghanistan between early Saturday morning and early Sunday morning, bringing the total number of evacuees out of the country since the end of July to almost 120,000.

A short time after the assault on Thursday, several U.S. allies called off their evacuation operations.

The United Kingdom stated that it would stop operations and that only those who were already at Kabul International Airport would be transported out of the country.

Germany declared on Thursday that its troops had completed its withdrawal from Kabul.

Before Thursday's horrific assault, resident Joe Biden was under increasing pressure to extend the August 31 deadline.

Representatives Seth Moulton (D-MA) and Peter Meijer (R-MI), both of whom are military veterans, traveled to Afghanistan earlier this month to persuade President Barack Biden to extend the deadline. After their trip, they stated that it was "clear" that everyone would not be out of Afghanistan by the 20th anniversary of the September 11 attacks, let alone by the end of August, as they had hoped.

Similarly, another Democrat, Rep. Susan Wild (PA), was the driving force behind a bipartisan letter calling on Biden to prolong the military operation beyond August 31 and begin talks with NATO about turning over the Kabul airport to a NATO force so that Afghans may continue to be evacuated.

"The evacuation procedure seems to have been egregiously mismanaged," Wild said in one of Biden's most harsh comments, which was one of the few from inside his own party to be so frank.

However, Biden has made it plain in speech after speech over the past several months that he is not willing to commit to maintaining soldiers in Afghanistan indefinitely.

After the airport assault on Thursday, he said that he stands by his decision to depart from the nation and has no plans to return.

During a Friday press conference, Psaki did not directly address Wild's criticism. Still, she did admit that the decision-making process and the deaths of 13 military men have been a significant source of concern for the president and White House officials.

"I don't have any direct response to any member of Congress, but what I will say is it is easy to throw stones or be a critic from the outside. It is harder to be in the arena and make difficult decisions. And the decisions a commander-in-chief has to make include among difficult options, right? These were the options."