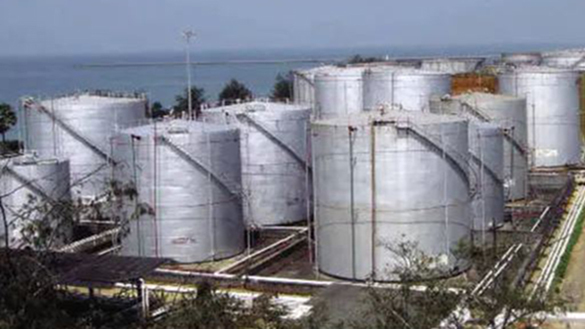 An extraordinary measure by the Biden administration is to release oil from the nation's Strategic Petroleum Reserve to address increasing gas costs ahead of the Christmas shopping season,

Following the announcement by the White House on Tuesday, the Department of Energy would release 50 million barrels of oil from the nation's Strategic Petroleum Reserve as part of the Biden administration's efforts to bring increasing gas prices under control.

Officials added that whenever fuel prices begin to decline in the coming years, 32 million barrels would be returned to the strategic reserve, ensuring that the reserve stays fully supplied for the foreseeable future.

An additional 18 million barrels of oil will be released to speed up an oil sale that Congress had previously approved.

The declaration on Tuesday was made in collaboration with China, India, Japan, South Korea, and the United Kingdom, all of which would use their own strategic stores in addition to the United States.

As the economy recovered from the coronavirus outbreak, customers were facing rising gas prices amid larger worries about inflation, and the Biden administration was said to have explored a strategic reserve option in recent weeks to enhance supplies.

According to data published earlier this month by the Labor Department, consumer prices increased far faster than predicted in October, indicating that annual inflation had reached a 30-year high.

According to the Bureau of Labor Statistics, the consumer price index, which measures inflation for a variety of essential products and services, increased by 0.9 percent last month and by 6.2 percent for the 12-month period ending in October.

Fuel expenses increased by 4.8 percent for the month, with gasoline prices rising by 1.6 percent, contributing significantly to the increase in prices for most items.

To keep gas costs under control as inflation has contributed to declining poll numbers, President Joe Biden last week requested the chairman of the Federal Trade Commission to look into whether oil firms are unlawfully raising prices without permission.

In a statement released on Tuesday, Sen. John Barrasso (R-Wyo.), the ranking member of the Senate Energy and Natural Resources Committee, said that President Biden's own policies were responsible for using the strategic reserve.

"We are experiencing higher prices because the administration and Democrats in Congress are waging war on American energy," Barrasso said in a statement, arguing Tuesday's announcement would not fix the problem alone.

To remedy the Biden-caused tragedy, Barrasso said, "OPEC and Russia have been begging for more production, and now the Strategic Petroleum Reserve is being used."

"They are not a replacement for domestic energy generation in the United States."

Representatives from both houses of Congress are currently debating a roughly $2 trillion reconciliation package, which serves as the cornerstone of President Joe Biden's agenda and includes billions of dollars of investments in programs to combat climate change, including investments in renewable energy electric vehicles, and other initiatives.

The White House stressed that Tuesday's statement was not at odds with President Biden's ambitions for the United States to transition away from fossil fuels in the coming years.

A statement from the White House stated, "Today's announcement demonstrates the President's determination to do all in his power to bring prices down for the American people and to sustain our robust economic recovery."

The Administration, on the other hand, remains committed to the President's ambitious clean energy goals, as reflected in the historic Bipartisan Infrastructure Act signed last week and the House-passed Build Back Better Act, which together represent the largest investment in combating climate change in American history and is a critical step towards achieving a net-zero emissions economy by 2050 and reducing our reliance on foreign fossil fuels.