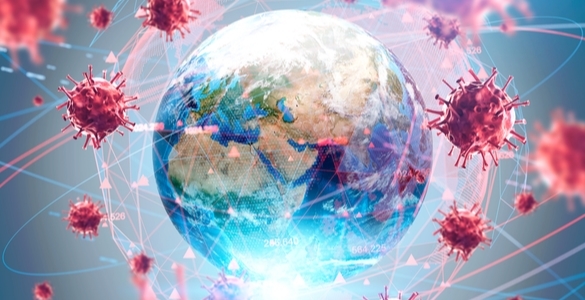 The Chinese people are increasingly believing a conspiracy theory that the United States military brought the novel coronavirus to China and it did not originate in the city of Wuhan, as has been reported by the world press and western analysts.

Foreign Ministry spokesman Zhao Lijian re-tweeted his 300,000 followers on Twitter, a video of Robert Redfield, the director for the U. S. Centers for Disease Control and Prevention, addressing a U.S. Congressional committee on March 11. 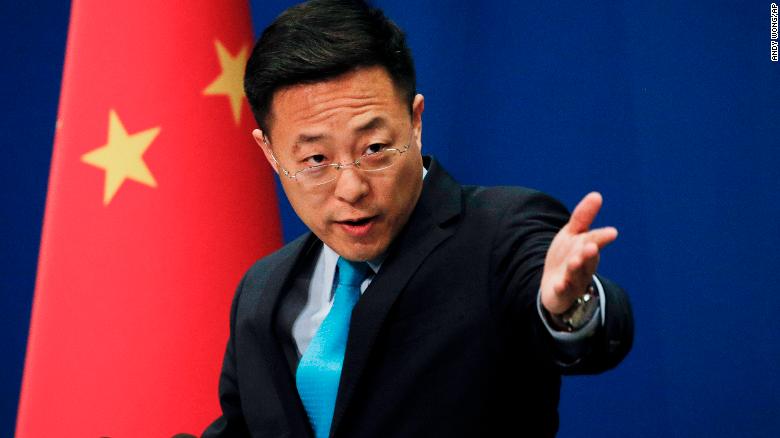 In the clip, Redfield said some influenza deaths in the U.S. were later identified as cases of COVID-19, the disease caused by the novel coronavirus.

Redfield didn't say in the video when those people had died or over what time period, but Zhao pointed to his remarks in a second tweet supporting a growing conspiracy theory that the coronavirus did not originate in Hubei province, Wuhan in central China. 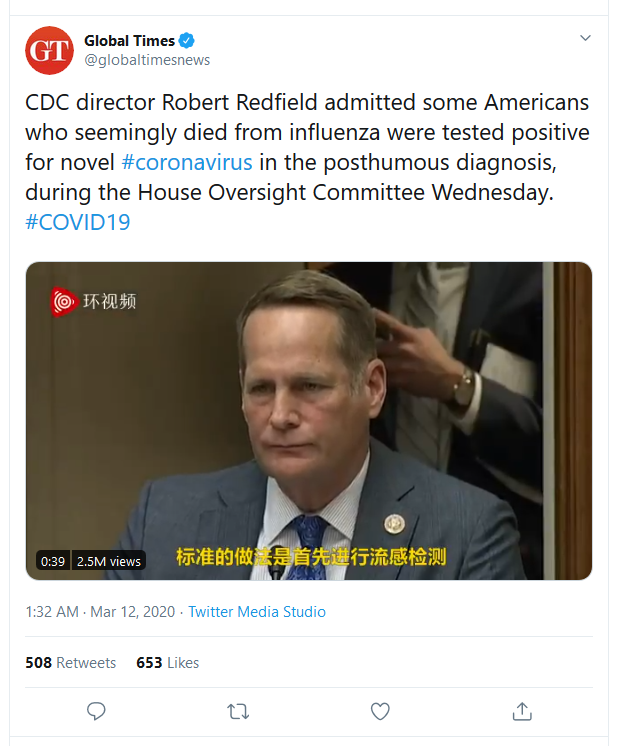 “CDC was caught on the spot. When did patient zero begin in the U.S.?”

“How many people are infected?”

“What are the names of the hospitals?”

The video of Redfield was also published to Twitter by other Chinese state media outlets, including national broadcaster CCTV and the popular Global Times tabloid.

Zhao's fellow Foreign Ministry spokesman Geng Shuang said on Friday there were "varied opinions" on the origin of the virus in the international community.

"China always considers this a scientific question, which should be addressed scientifically and professionally," he said, avoiding questions on whether Zhao's tweet represented the Chinese government's official position.”

The U.S. State Department said in response to this conspiracy theory, said a state department spokesperson …

“China is seeking to deflect criticism for its role in starting a global pandemic and not telling the world.”

President Trump's spokesperson had the audacity to offer the following hypocrisy…

“Spreading conspiracy theories is dangerous and ridiculous. We wanted to put the government on notice we won’t tolerate it, for the good of the Chinese people and the world.”

Zhao, in tweets both in Mandarin and English, gained wide traction on Chinese social media, a day earlier suggested that “patient zero” in the global pandemic may have come from the United States. Not the Chinese metropolis of Wuhan, where cases were first reported in late 2019.

“It might be the U.S. army who brought the epidemic to Wuhan. Be transparent! Make public your data! The U.S. owes us an explanation.”

Scientists widely believe that the pandemic started in a market in Wuhan that sold exotic animals for consumption.