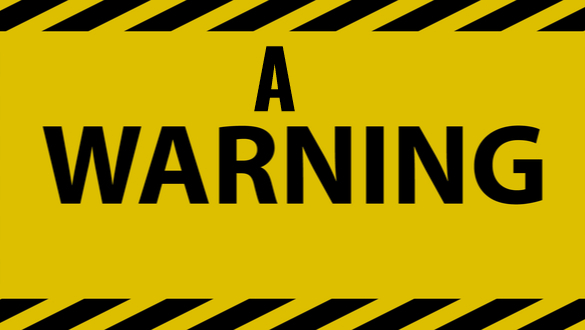 In 15 days the anonymous author portrayed as a Trump administration official who penned a New York Times op-ed that signaled a warning from inside the White House about Trump’s incompetence will release a new book entitled A Warning.

Bill Barr’s Justice Department has taken no action against President Trump or his White House for the steady threats and intimidation of the whistleblower, Lt. Colonel Vindman, or the ridiculous number of Congressional subpoenas being ignored. Yet, the DOJ is prepared to go full throttle to attempt to go after the anonymous author of a new anti-Trump book -A Warning.

According to the DOJ assistant attorney general Joseph H. Hunt in a letter sent to the publisher of this new anti-Trump book warning, he or she may be in violation of …

But according to the anonymous author’s agent of A Warning, the Justice Department’s message has no merit, and the book’s publishing will go forward as planned. The Javlen literacy agency responded to the DOJ intimidation by saying …

“Our author knows that the President is determined to unmask whistleblowers who may be in his midst. That’s one of the reasons A WARNING was written …. But we support the publisher in its resolve that the administration’s effort to intimidate and expose the senior official who has seen misconduct at the highest levels will not prevent this book from moving forward.”