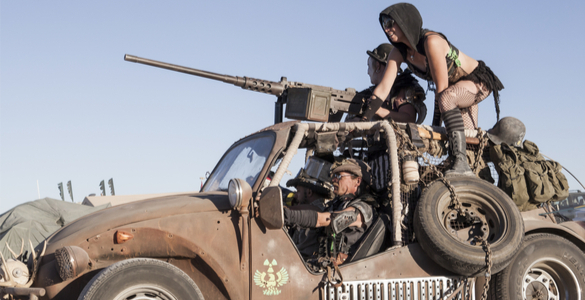 Australia’s biggest supermarket has been forced to impose a limit on how much toilet paper you can purchase. Woolworths announced in a press release the supermarket chain is restricting four packs of toilet paper per person “to ensure more customers have access to the products.”

You know there’s a global crisis when millions of people begin hoarding toilet paper. It’s happening all over the United States as people run to Costco, Sam’s Club, and Wal-Mart.  Apparently, toilet paper is on the necessity list when concerns arise of what people do to prepare for a pandemic that has just had its fatality rate raised from 2% to 3.7% by tacticians monitoring the coronavirus.

That makes COVID-19 approximately 30 times deadlier than the common endemic flu sweeping through the United States that President Trump often compares the coronavirus with as if it not dangerous.

“It will help shore up stock levels as suppliers ramp up local production and deliveries in response to higher-than-usual demand.”

Australian citizens have not taken government assurances that there’s no reason to start hoarding everyday essentials.  Citizens are contradicting expert’s advice to be prepared for a voluntary or mandatory quarantine of up 14-21 days. The run on the basics of life is gathering steam as the spread of the virus is reported by the world’s media and social networks.

Here in Boca Raton, Florida, the long lines at Costco have the same zeitgeist of the preparation for an approaching Hurricane. Images of empty shelves stripped of goods and shoppers waiting in long lines will likely make the front pages around the world several times as the numbers of those infected with coronavirus grows.

We’ll see a tremendous of violence if the coronavirus outbreak continues to grow. People are willing to fight one another over toilet paper during a perceived apocalypse.

In Sydney, Austria Police had to be called to a supermarket at lunchtime today when a deadly weapon was drawn in a toilet paper aisle.

A local news reporter wrote the…

“New South Wales Police confirmed officers went to the western Sydney supermarket but said there were no arrests and no injuries. It is believed a knife was raised in the air by a startled hearing- and speech-impaired customer during a heated exchange over toilet rolls.”

All of this mayhem and yet Australia has only 43 confirmed cases of the virus, including one death. People in Australia seem to be looking past their domestic threat and at the latest numbers of infected people worldwide of 94,334 and 3,221 deaths and are freaking out.

The panic could get a lot worse as testing becomes more available and efficient. We could see the number of recognized cases soar as much as ten times, just because test kits improve our understanding of the scope of a virus that can be asymptomatic in those infected.

If the reported number of cases soars just on increased testing alone, we’ll see a picture of people going shopping with automatic weapons to acquire items that never in their everyday existence would seem to be a necessity. In an post coronavirus world, a simple shopping trip for toilet paper can become a scene right out of Mad Max.