As the J&J Vaccine is Paused over 8 Cases, the World Pandemic Continues 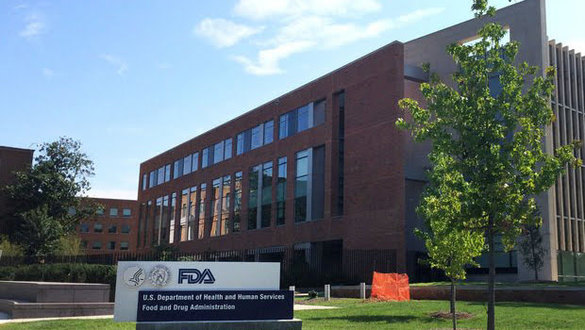 The U.S. Health Officials emphasize the pause is not likely to have a significant impact on U.S. vaccine distribution.

The Food and Drug Administration has paused the Johnson & Johnson vaccination until it studies highly rare blood clots involving eight persons, out of an abundance of caution.

Of the more than 6.8 million dosages that have been dispensed of the Johnson & Johnson’s Covid-19 vaccine, seven people in the United States, as well as one individual in a clinical trial, acquired a severe condition causing blood clots. Clots originated in the veins that pump blood from the brain in seven of the eight patients with cerebral venous sinus thrombosis.

The number of cases is extremely small. There has been one fatality, and a second is hospitalized in critical condition. Is such an overabundance of caution warranted when so many people are dying of Covid-19 every day, and the risk has shown to be extremely low.

The clotting disease-causing alarm among vaccine recipients is distinct from ordinary blood clots, which affect hundreds of thousands of individuals per year. The seven women had clotting in their brains and a low amount of platelets, blood components that aid in the formation of natural clots in the event of an accident.

According to the Food and Drug Administration, people who have administered the Johnson & Johnson vaccine during the last three weeks are being recommended to call their physicians if they experience serious headaches, stomach pain, leg pain, or shortness of breath. According to doctors, patients with such symptoms, especially young people, should be asked whether they have recently received a Covid vaccine.

After specialist advisors to the Centers for Disease Control and Prevention agreed on Wednesday that they required more time to investigate a potential connection to an uncommon yet dangerous blood-clotting condition, the usage of Johnson & Johnson’s Covid-19 vaccine could be halted for a week to ten days.

Experts are still attempting to determine how much of the clots were caused by the vaccine, if any. The investigation came after European officials concluded that an AstraZeneca injection may be to blame for a similar yet very rare clotting condition.

The majority of advisory meetings conclude with a decision about whether or not to use a vaccine. However, despite considering many alternatives — including whether to restrict vaccination usage to older people, as several European countries have done — the panel representatives refused to vote, claiming that they lacked sufficient evidence to ascertain the possible dangers.

The decision not to reintroduce vaccines may have far-reaching national and international consequences. It can even erode public confidence in vaccinations in general, slowing the supply of critical vaccines to rural and underserved areas.

“Putting this vaccine on pause, for those of us that are frontline health care workers, has really been devastating.”  She said that even momentarily missing the Johnson & Johnson vaccine was a major setback for attempts to halt the pandemic, especially in underserved areas.

The pause, which was first suggested by the FDA on Tuesday, caused Johnson & Johnson to postpone the vaccine’s launch in Europe, where many countries were set to begin prescribing it this week. Europe suffers from the fallout from unusual reports of a similar blood disease, which has caused many countries to restrict or refuse the AstraZeneca-Oxford vaccine’s broad usage and propose alternatives.  South Africa, which has been ravaged by a dangerous mutated strain of the virus, has already stopped using the Johnson & Johnson vaccine. Australia also confirmed that it would not be purchasing any doses. Furthermore, the European Union stated that it would only accept new agreements with firms that did not use the same technologies as Johnson & Johnson or AstraZeneca.

While the committee’s duty was to the United States, Dr. Grace Lee of Stanford University, a panel specialist, noted that several countries adopt the United States’ example of vaccinations. She stayed…

“I also feel the weight of the burden of a global responsibility that we also have and the impact that our decision-making can potentially worsen inequities.”

Advisory sessions typically conclude with a decision about whether or not a vaccination can be included. However, despite considering many alternatives, including whether to restrict vaccination usage to older people, as several European countries have done, the panel members refused to vote, claiming that they lacked sufficient evidence to ascertain the possible dangers.

The eight cases are somewhat close to the AstraZeneca Covid vaccine, affecting several young women in Europe, where the vaccine was widely used. According to researchers, patients in Germany and Norway produced antibodies that triggered their platelets — an abnormal reaction to the vaccine — triggering a cascade of clotting and bleeding. Antibodies can be detected using specialized blood samples, and some of the patients in the United States tested positive. Not all were put to the test.

AstraZeneca and Johnson & Johnson also use adenoviruses to carry DNA into human cells to develop coronavirus defenses. The blood disease, according to researchers, is caused by a part of the technology. They also mention that since the illness is rare, certain people are predisposed to have a bad reaction to the vaccine due to a biological quirk. Several scientists believe that if the vaccine was the sole reason, there would be several more cases.

Experts noted that the “risk window” for vaccine recipients’ condition was still open during the panel discussion. Since almost 3.8 million patients got the vaccine in the past two weeks, new infections are possible. Within two weeks of the inoculation, the six women experienced extreme clotting.

Officials also noted that people with the condition needed to be treated as soon as possible because the clots were so serious. Some patients required invasive procedures to remove large clots from blood vessels in their brains.

Several panel members reiterated that two other vaccines — from Moderna and Pfizer-BioNTech — are available, neither associated with the clotting problem, so continuing the pause would not stop most people in the United States from being vaccinated.

Since almost 3.8 million patients have obtained the vaccine during the past two weeks, specialists said the “danger window” for the disorder in vaccine users was still active and that new cases might occur throughout the panel debate. Within two weeks after receiving the injection, the six women experienced extreme clotting.

Other physicians advocated for the sharing of health knowledge about the condition’s diagnosis and care. Hospitals, emergency departments, and patients who had administered the vaccination might be more informed of the situation. The blood thinner heparin, commonly used to treat clots, may be harmful to these patients and should not be used.

Officials have said that since the clots were too dangerous, patients with the disease wanted to be handled immediately. To extract massive clots from blood vessels in their brains, some patients need invasive procedures.

Several panel members emphasized that there are two other vaccinations — from Moderna and Pfizer-BioNTech — that are available that are not linked to the clotting epidemic, but keeping the delay in place does not prevent any Americans from getting vaccinated.

'Safety Was Put Right Up Front'