Are We Alone? Our Extraterrestrial Neighbors Remain Silent 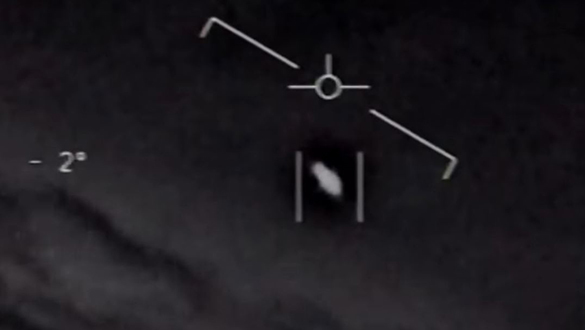 According to the latest study, it is now clear that several of the reported phenomena remain difficult to explain. Anomalies observed regarding U.F.O. rapid acceleration and aerodynamic flight maneuvers cannot be explained.

The conclusions drawn by the intelligence community from evidence collected by the U.S. Navy about a series of unidentified aerial objects seen by aviators in recent years do not contain evidence that the crafts observed by Navy pilots are extraterrestrial. However, officials have still been unable to explain the numerous abnormal movements observed by scientists and the military, as learned from officials briefed on the findings of a highly anticipated government report.

A large number of events occurred in the previous two decades, and the research indicates that the bulk of these instances did not come from any U.S. military or other advanced U.S. government technology, the officials said.

In the weeks leading up to the release of the government’s U.F.O. report, the public’s interest in U.F.O.s has reached an all-time high.

In his interview on The Late Late Show, which was broadcast on the C.B.S. network, President Obama added fuel to the fire by answering a question regarding what had occurred on C.B.S.’ The Late Late Show the previous night.

“That’s correct, and I mean this sincerely: We do have videos and records of things in the sky that we do not know what they are.” Barack Obama, former President of the United States

While many aspects of the reported occurrences remain challenging to explain, including their acceleration and the capacity to change direction and submerge, the paper concludes that much is unknown.

Another possible explanation the officials provide — which is that the sightings may be weather balloons or other research balloons — doesn’t stand up in all situations, according to them, because of the variation in wind speed at the times of some of the encounters.

Some officials indicated the final report would contain a secret annex, and the information would be sealed off from the public.

Even though the annex will not contain any evidence concluding that the phenomena are alien spacecraft, officials did acknowledge that the public will be denied access to the information because of this. The mere fact that the annex will be off-limits to the public is likely to continue to fuel speculation that the government has secret data about alien visitations to Earth.

In all, 120 events were included in the study, and a number of those instances originated from Navy personnel, according to authorities.

This analysis also reviewed events in which foreign forces were involved during the previous two decades.

Although they may have just been limited experimental programs, Russian and Chinese authorities think that at least some of the airborne phenomena seen may have been created by a competitor nation or powers, most likely Russia or China.

A senior person who was briefed on the intelligence had no hesitation when he declared that the United States authorities were confident that it was not American technology.

According to his report, a significant concern among the C.I.A. and the military was that China or Russia may be experimenting with hypersonic technology.

Russia has put a great deal of effort into hypersonics, thinking that the technology affords it the capacity to avoid American missile-defense equipment.

The People’s Republic of China has also produced hypersonic weapons and has incorporated them in military displays.

If authorities say that this would signal that China and Russia are ahead of the U.S. in hypersonic research, it is more likely that the phenomenon is Chinese or Russian aircraft.

The frequent reports of sightings caused a lot of agitation among the Navy pilots.

Strange objects appeared practically every day from summer 2014 until the end of March 2015 in the sky over the East Coast.

After navy pilots reported to their superiors that the objects did not have a visible engine or infrared exhaust plumes, yet they could reach an altitude of 30,000 feet and hypersonic speeds, they sent this information to the government.

These kinds of data have been collected for at least 13 years, under the Pentagon’s Advanced Aerospace Threat Identification Program, which has as its mission “detecting and describing aerospace threats before they manifest.”

Harry Reid, the majority leader in the U.S. Senate at the time, asked the federal government to sponsor the initiative in the hopes that it would benefit his state of Nevada.

The Department of Defense announced in 2012 that they had ceased operations since the money had ceased to flow.

However, Luis Elizondo, who oversaw the program, has stated that he carried on the effort until 2017.

This article published in the New York Times in the middle of 2015 shed light on the program and controversy that resulted between Pentagon officials and program officials, who both claimed that the government had not been forthcoming about reports on aerial phenomena. Later that year, this restarted the program, and the Pentagon named it the Unidentified Aerial Phenomena Task Force.

The task force’s purpose was to “identify, assess, and document” reports of odd objects in the sky that may constitute a threat to national security.

However, government officials asserted that they also intended to reduce the stigma associated with reporting sightings of unidentified flying objects (U.F.O.s) since they hoped this would inspire people to report what they saw.

Authorities described the plan to provide law enforcement with a better notion of what else may be out there.