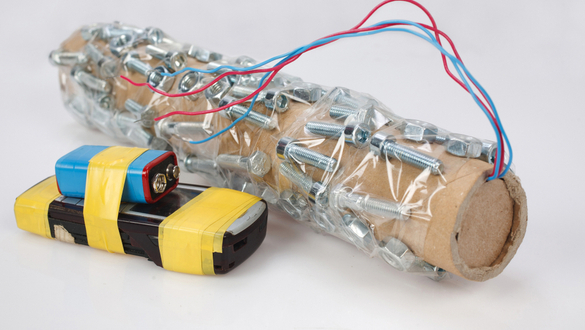 President Donald J. Trump has repeatedly called Jim Acosta, CNN, many other reporters, and news organizations the ‘enemy of the people.’ This already promoted a Trump sycophant living in Texas to become a mail bomber and attempt to murder Trump’s political enemies.

Manhattan U.S. Attorney Geoffrey Berman in discussing the sentencing of one of President Trump’s most loyal and committed supporters for attempting to murder several individuals and endangering literally hundreds of postal workers around the country said the following… 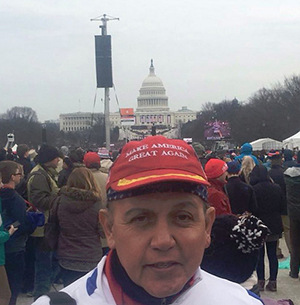 officials and former elected leaders explosive packages through the mail. Thankfully, no one was hurt by these dangerous devices, but his actions left an air of fear and divisiveness in their wake. Sayoc has taken responsibility for his crimes, and will soon be sentenced to significant time in prison,”

Cesar Sayoc was trembling and crying as he pleaded guilty to 65 counts, including use of a weapon of mass destruction and illegal mailing of explosives with intent to kill to mailing a series of pipe bombs last year to President Donald Trump’s political enemies…

“In October 2018 I made devices that were designed to look like pipe bombs and sent them through the U.S. mail,” he said, speaking almost in a whisper.”

Sayoc listed the recipients, including Robert De Niro, former President Barack Obama, former Secretary of State Hillary Clinton, CNN and others. The then would be, Trump political bombing assassin, detailed the components he used to make 16 bombs that all featured a digital alarm clock with wires attached.

Sayoc shockingly admitted and explained during pleading guilty how he filled plastic pipes with explosive powder taken from fireworks, fertilizer, powdered chlorine and glass fragments to make his bombs. Trump’s devoted fan them admitted he put pictures of the recipients in the packages with red X’s over their faces.

The danger of one or more Trump Supporters Becoming Assassins Growing!

During an interview with “CBS Sunday Morning,” CNN White House correspondent Jim Acosta exposed the homicidal danger Donald Trump and his aides have exposed him, and hundreds of members of the press demonstrated in a deluge of death threats the president’s attacks trigger.

Acosta being interviewed by CBS correspondent Chip Reid — was promoting his book “The Enemy of the People — A Dangerous Time to Tell the Truth In America” — asserted his job isn't just to report what Trump and White House Spokesperson Sarah Sanders said but to call them out for obvious lies.

Confronting the President and this administration on the over 10,000 lies and misrepresentations and growing has lead to Trump and the White House targeting him and CNN with personal insults and attacks that have led to threats from the president’s rabid base that some have already acted. Pointing to Cesar Sayoc Acosta said…

“The man who sent the pipe bombs to CNN and other Democratic targets in the fall of 2018, on his social media account, he was directing death threats at me. Something along the lines of, ‘You’re next. You’re the enemy of America,’ and so on.

“And so, my sense of it is that what started off as an act for the president, calling us ‘fake news,’ calling us the ‘enemy of the people’ and so on, has gotten out of control. And they (Trump and his Administration) don’t know how to reel it back in.”

Acosta during the CBS Sunday Morning News interview stressed that he misses the daily — mostly contentious– press briefings, saying it is a loss for the whole country.

The question raised by book “The Enemy of the People — A Dangerous Time to Tell the Truth In America” is will President Trump’s hostile rhetoric lead to one or many more assassination attempts of the Political enemies during what can only be the remaining 19 months of Trump’s first and perhaps his final term as president.