Are the Streaming Video Services Oversaturated? 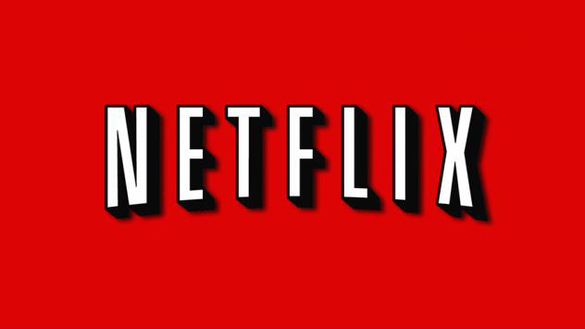 Netflix needs to confront a multitude of hurdles, but its issues may indicate that its competitors are rushing into an uncertain future.

Netflix's fall from grace has been a long time coming for many Hollywood executives who have grown tired of playing catch-up to a Silicon Valley interloper. It's possible that this wasn't what they had hoped for.

Netflix said this week that it lost more subscribers than it gained in the first three months of the year, breaking a decade-long trend of steadily increasing membership. The company's stock price plummeted 35% on Wednesday, resulting in a market valuation of almost $50 billion being lost. Companies including Disney, Warner Bros. Discovery Entertainment, and Paramount Pictures all saw their stock prices plummet due to the slump in the sector.

According to executives in the entertainment industry and industry observers, this was a watershed event in the so-called streaming wars. Netflix attributed the decline to a variety of factors, ranging from greater competition to its choice to terminate all of its subscriptions in Russia as a result of the conflict in Ukraine. After years of attempting to gain ground on their tremendous competitor, they may finally have a chance.

Netflix's startling turnaround, on the other hand, raises a number of problems that will need to be addressed in the coming months as more traditional media firms scramble to build subscription businesses that are essentially fashioned after what Netflix has done. Is it possible to have an excessive number of streaming options? How many people are genuinely willing to spend money on them, though? And is it possible that this business will be less profitable and significantly less dependable than what the industry has been doing for years?

As a result of dwindling movie theater ticket sales and broadcast television ratings, the media business has been reinventing itself on the fly to compete with Netflix and go all-in on streaming. It was announced earlier this month that Discovery Inc. and WarnerMedia had concluded their merger in order to better compete with streaming behemoths. Disney has poured tens of billions of dollars into the project. CNN even launched a streaming version of itself, which has received only a lukewarm response from those who have subscribed.

However, Netflix's recent difficulties demonstrate that such investments are dangerous. Rich Greenfield, an analyst with LightShed Partners and a longstanding supporter of streaming, believes that the streaming business will continue to be prominent in the long run but that the next few years will be challenging for the industry.

Another source of concern, according to some experts, is the so-called churn rate. As streaming fees rise, consumers are becoming warier in signing up for new services and are more likely to cancel their existing subscriptions when a favorite program comes to an end, according to Kevin Westcott, vice chairman of the consulting company Deloitte. According to Deloitte, 25 percent of streaming service consumers in the United States have terminated their subscriptions only to resubscribe within a year.

Netflix's problems put pressure on Disney, which will release subscriber statistics on May 11 and be under more scrutiny. It is possible that Disney's financial results may fall short of expectations, causing the crisis signals around the streaming business to become more audible.

Also, on Wednesday, Hollywood talent brokers expressed concern that the Netflix gravy train could be slowing and that the company's willingness to spend whatever it takes for screenplays and talent deals might be fading away altogether. The same may be said for producers. Netflix has spent hundreds of millions of dollars attempting to win Academy Awards for its original programming over the past five years. Although it has yet to win an Academy Award for best picture, its dedication to premium filmmaking has been lauded.

If the new reality causes them to cut back on their $17 billion-per-year programming budget, the impact on us will be significant, according to Michael Shamberg, whose four-part documentary on the Three Mile Island nuclear power station catastrophe is set to premiere on Netflix next month. As a producer, I always consider them the first port of call for proposing new and innovative concepts. What will they do if their subscriber growth slows and they are forced to cut back on programming? Will they stop taking chances on new TV series and Academy Award films?

Netflix stated that fierce competition contributed to the company's growth stalemate. In the past, the firm said that its biggest competition did not come from rival streaming services but rather from distractions such as sleep and reading.

It's now being questioned as to whether Netflix's original content is strong enough to distinguish it from competitors, as even larger companies such as Apple and Amazon continue to increase their spending on critically acclaimed shows such as "Severance," which is available on Apple TV+, and the upcoming first season of a "Lord of the Rings" prequel, for which Amazon is said to be spending more than $450 million.

Indeed, interest in Netflix's massive collection has appeared to be plateauing in recent months.

Netflix's success may also prompt competitors to rethink their own international development ambitions, with some even considering more focused efforts in foreign markets. In addition to the United States and Canada, Netflix's memberships have fallen around the globe, particularly in Europe and Latin America.

Netflix executives, who are generally confident, appeared to be a little jittery on Tuesday when the company's first-quarter numbers were announced. Netflix co-chief executive Reed Hastings, who initially pledged that there would be no advertisements on the service, now says the business is considering releasing a lower-priced, advertising-supported tier in the next year or two. Netflix also said that it would tighten down on password sharing, a behavior that the company had previously stated that it had no issue with.

Unlike its competitors, Netflix has no prior advertising sales expertise, whereas Disney, Warner Bros. Discovery, and Paramount have extensive advertising infrastructure. Some experts have also questioned if Netflix has already hit market saturation in the United States due to its password-cracking operation.