Arabia’s Oil Reserves - 40% Have Been Depleted 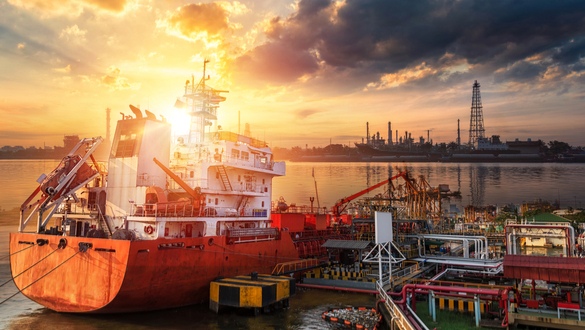 I’ve been an oil and energy analyst for decades, and one of the biggest lies I have had to endure is the never-ending, endless oil reserves of the Saudi Kingdom. It was hogwash two decades ago; now it’s an inescapable truth.

The lies about the size and amount of Saudi Arabia oil reserves have rested on the Royal family claim that the actual reserves are a state secret.  As a result, if you examine OPEC estimates on Saudi’s reserved the last five decades you’ve noticed that the reserves claimed by the Saudi’s have rarely fluctuated.

Ghawar, measures 174 miles long – just about the distance from New York to Baltimore – and is the Saudi’s richest oil field and has “accounted for more than half of the total cumulative crude oil production in the kingdom.” The country has been pumping since the discovery of the Dammam No. 7 well in 1938.

Saudi Arabia’s national oil company Aramco published its first-ever profit figures since its nationalization nearly 40 years ago, and as a result, it lifted the veil of secrecy around its oil field reserves. Aramco is attempting to sell bonds and perhaps even open its self to foreign investment via the world’s equity markets. The Aramco bond prospectus revealed the Ghawar oil field could only pump at most 3.8 million barrels a day -- well below the more than 5 million that the Kingdom has led the market to believe for the past 20 years.

“As Saudi’s largest field, a surprisingly low production capacity figure from Ghawar is the stand-out of the report.”

The U.S. Energy Information Administration provides statistical information and often is used as a benchmark by the oil market.  It listed Ghawar’s production capacity at 5.8 million barrels a day in 2017. That’s 2 million barrels less than believed and represented.  It is especially egregious because during  a presentation by Aramco, in Washington in 2004 when it tried to debunk the “peak oil” supply theories of the late U.S. oil banker Matt Simmons, the state-owned Aramco claimed it was pumping more than 5 million barrels a day and had been doing so since at least the previous decade. A complete sham!

In his book oil analyst Matthew Simmons Twilight in the Desert: The Coming Saudi Oil Shock and the World Economy argued that Saudi Arabia would struggle to boost production due to the imminent depletion of Ghawar. He pointed out that…

“Field-by-field production reports disappeared behind a wall of secrecy over two decades ago.”

Simmons’ warnings that Saudi Arabia was intentionally lying about the size, and capacity of oil production but he did miss the accelerating changes in technology that have allowed Saudi Arabia -- and, more importantly, U.S. shale producers -- to boost output significantly that has proven that global oil production has yet to peak.

The idea that Ghawar production is already in decline was proven by the Aramco prospectus that admitted that this vital oil field could only produce today three-quarters of oil it did 15 years ago -- a significant reduction for any oil field.

The report also ignores the obvious question as to whether capacity would continue to decline at a similar rate in the future. Although the omission of this information is very likely a sign, Ghawar is amidst a steady decline in production.

The declining production of Ghawar means that the Permian Basin in the U.S., which pumped 4.1 million barrels a day last month according to government data, is now literally the most significant oil production basin in the world. It's important to note that the comparison isn’t exact -- the Saudi field is a conventional reservoir, while the Permian is an unconventional shale formation, but the shift in resources shows the shifting of power in the oil market.

The Saudi kingdom according to Aramco’s prospectus has access to another 500,000 barrels a day of output capacity in the so-called neutral zone shared with Kuwait. That area isn’t producing anything now due to a political dispute with its neighbor.

All of this means that Saudi Arabia has only briefly pumped a record of slightly more than 11 million barrels a day in late 2018. Not the 12-13 million barrels it claimed at the time.

Aramco also revealed in its Bond prospectus the reserves at its top-five fields, revealing that some of them have much shorter lifespans than previously claimed.

The Saudis also told the world that their fields are aging better than expected, with “low depletion rates of 1 percent to 2 percent per year,” slower than the 5 percent decline, many analysts will question this claim. The Saudi’s have pumped about a fifth of their entire oil reserves over nearly a century of operation. That means more than 40% of all of the country’s oil reserves have already been extracted.