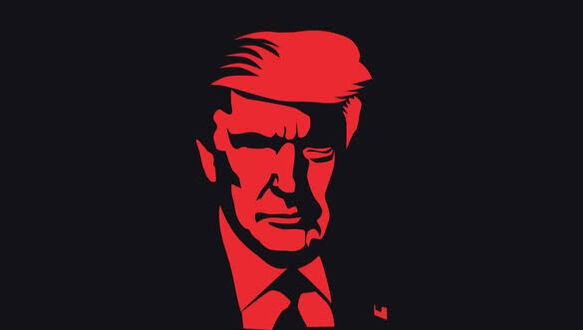 There's no telling how high this latest new Trump election scandal goes. Still, former DOJ official Jeffery Clark and other Trump toadies are at risk of prison in and outside the White House. The face sentences for forging and submitting fake electorial certifications to Congress and National Archives.

MSNBC's Rachael Maddow uncovered a probable criminal conspiracy involving the submission to Congress and the National Archives of a falsified Wisconsin document that named Trump electors as the state's legal representatives and that Trump won the state of Wisconsin rather than President Biden.

The story remained dormant until former Department of Justice official Jeffery Clark's memo outlining how to steal the 2020 election for the former disgraced, twice impeached president. Buried in the letter was a reference that indicated Trump political hacks in as many as seven states had been sent the same fake document templates to fill in that was designed to represent that each of the seven states had been won by Trump, not Biden and listed electors that former Vice President Pence was supposed to choose to recognize. Former Trump official described the criminal conspiracy as the "Green Bay Sweep."

The documents have now been found showing that Trump supporters from Michigan, Wisconsin, Nevada, Arizona, and Georgia posed as electors, signed their names to the bogus documents, and gave Trump's victory in each state.

The state and federal laws broken by these individuals, including possibly Jeffery Clark, Mark Meadows, and others tied directly to the former president, could lead to extensive prison sentences and significant jail time.

The evidence is so rocked solid that Michigan's attorney Dana Nessel who appeared on The Rachel Maddow Show Thursday to discuss the blockbuster revelations of election fraud and made it clear she believes many of those who signed the counterfeit documents and participated in the criminal conspiracy will out of self-preservation be persuaded to talk, and by doing so could expose orchestration of this fraud from the highest levels of government.

Trump's number one megaphone Mike Lindell's latest accusation that he has evidence that 300 million Americans could go to jail for life for voter fraud is a cherry on top of Trump's claims. The irony of Trump continually insisting election fraud took place and state after state thoroughly audits that show his accusations are nonsense. At the same time, these forged documents were submitted to Congress is a striking contrast.

Many legal and political observers believe, based on the evidence so far, that former President Trump and many of his White House and campaign lawyers and operatives, including Mark Meadows who's own texts implicate him, were part of the conspiracy to forge the electoral documents that were submitted to Congress and the National Archives.

The blatant and egregious plot to steal the 2020 election is just too well documented for the Department of Justice and for Attorney Generals in Michigan, Wisconsin, Nevada, Arizona, and Georgia to ignore.

There's no doubt that the January 6 House Committee is undoubtedly going to subpoena every person who signed these forged documents and may force them to testify in televised hearings in the next 30 to 60 days.