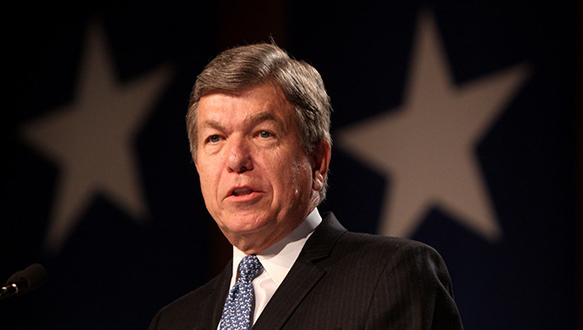 Missouri's Senor Senator Roy Blunt became the fifth Republican U.S. Senator to announce he would not run for reelection in a video message.

This retirement was unexpected and made Senator Blunt, the fifth GOP Senator decide he would not seek reelection. He joins GOP Senators Rob Portman of Ohio, Pat Toomey of Pennsylvania, Richard Shelby of Alabama, and Richard Burr of North Carolina. They have all announced they do not intend to run for reelection in 2022. At this point, no Senate Democrats up for reelection in 2022 have announced any intention of retiring.

Political analysts on both sides of the political divide are saying without an incumbent Republican, the seat still isn't likely vulnerable to its flipping from Republican to Democrat. However, some analysts have pointed out that Blunt, during his last campaign, defeated Democrat Jason Kander in 2016 by fewer than 3%. That may be a good sign, but Missouri is becoming an increasingly Republican state. For example, Democratic Sen. Claire McCaskill lost by almost 6% in 2018, and Trump won the states with 57% of the vote in 2020.

There is, however, the potential for a Biden factor. The newly sworn President is enjoying a 60% approval rating nationally, while Republicans give Biden a 54% approval rating so far. If Biden can pull the country out of both the Covid-19 pandemic and the economic recession, the Democrats could stun the fractured Republican party with as many as six turnovers in 2022.

Blunts retirement is a big hit for the GOP in that he serves in a leadership role as the chairman of the Senate Republican Policy Committee and serves as the ranking Republican member of the Senate Rules Committee, a position that empowers him with a great deal of power and influence behind the scenes.

According to Senator Blunt's biography on his Senate website...

"The people of Southwest Missouri overwhelmingly elected Senator Blunt seven times to the U.S. House of Representatives. Senator Blunt was elected the Majority Whip earlier in his career than any Member of Congress in eight decades, and he was elected to the Senate leadership during his first year in the Senate,"

In his video announcement, Blunt said…

"In every job, Missourians have allowed me to have, I've tried to do my best. In almost 12,000 votes in the Congress, I'm sure I wasn't right every time, but you really make that decision based on the information you have at the time."