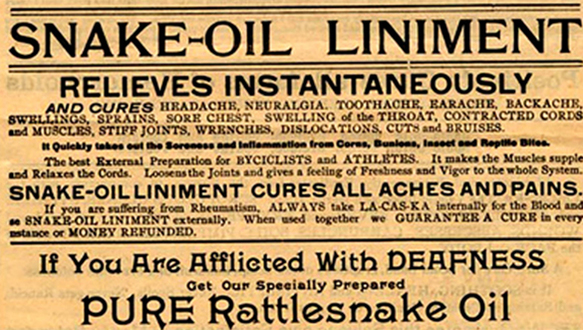 MyPillow CEO Mike Lindell has no medical degree, no scientific training, no published studies, no peer-reviewed research but is pushing for FDA approval for a supplement called Oleandrin for use as a cure for COVID-19 patients that he stands to make a fortune.

MyPillow CEO Mike Lindell couldn’t cite any details beyond a report he couldn’t name that he claims he read and has been through “all the safety tests” needed to prove a supplement called Oleandrin is safe and represents a new approach to curing COVID-19. Lindell repeatedly asserted the supplement Oleandrin ‘saved the lives of my family and friends.”

When challenged on the claim by CNN’s Anderson Cooper, Lindell then claimed the supplement has already been through both ‘Stage 1 and Stage 2 studies.” When asked who did the study, Lindell admitted he didn’t know.

“Why should the FDA be wasting time on something like this the U.S. military also determined that the substance was “a waste of time.

”The military looked into this and tested it (Oleandrin), and you know what they said we aren’t going to test it because there are a lot better things to look at.”

Cooper then called Lindell a “snake oil salesman” and accused him of telling “a complete lie” about the science behind Oleandrin.

After Lindell claimed that he had seen a study proving the efficacy of Oleandrin, Cooper called him out.

“You got to see a study, but you don’t remember anything about it,”

“Why are you attacking me?”

“Because you are telling people who are desperate to take something unproven,” “You have no evidence to back it up. It’s kind of morally bankrupt.”

Cooper then pointed out Lindell has both the president’s ear and financial interest in marketing the supplement.