Amid the Omicron Variant's Spread, Biden is Promoting COVID-19 Doses 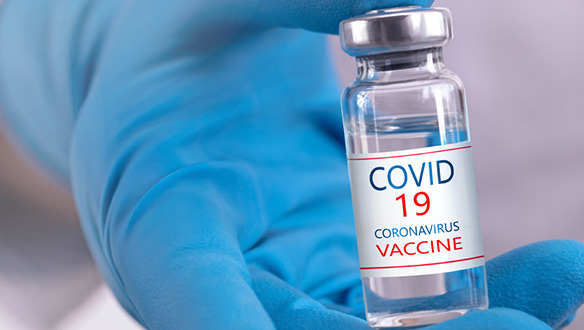 The president will encourage Americans to be vaccinated and get a booster dose as he works to allay fears about the newly discovered form of the virus.

On Monday, President Joe Biden will assuage fears about the new COVID-19 variant omicron virus by encouraging Americans to get vaccinated and receive a booster injection. Still, according to his senior medical advisor, he will not immediately call for tighter restrictions to prevent the virus' spreading.

Even though there have been no cases of the variant identified in the United States to date, Dr. Anthony Fauci, the nation's foremost infectious disease expert and President Joe Biden's top COVID-19 adviser, said Monday that it was "inevitable" that the variant would make its way into the country at some point.

President Joe Biden is scheduled to talk later Monday on the need to be vaccinated against COVID-19 to guard against variants, particularly given that over 80 million Americans aged five and above have not yet got the vaccine.

On the other hand, the president was not anticipated to announce any additional virus-related limitations beyond the decision last week to ban travel from South Africa and seven other nations in the area, which became effective Monday.

Other countries were also moving to close their borders or reintroduce lockdowns as part of a slew of severe measures to prevent the omicron variant from spreading. Still, Fauci indicated that the United States would not follow their lead in this regard.

When asked whether further U.S. limitations were on the horizon, Fauci said, "I don't believe so at all." In a later interview with CBS Mornings, he said, "Let's not go into a debate about lockdowns."

"We should be worried," Fauci said, adding that "our worry should motivate us to undertake the things that we know work," such as immunizations.

According to Fauci, the decision to restrict most international travel from nations where omicron was initially found was made to give the United States more time to learn more about the variation and to "intensify" the domestic vaccine program.

Nonetheless, he predicted that omicron will ultimately arrive in the United States and may establish itself as the dominant strain like the delta variation before it because omicron "had a transmissibility edge" over other versions of the virus.

Although pharmaceutical companies are tweaking their existing COVID-19 vaccines to better combat the omicron variant, Fauci advised Americans to prioritize getting their first shot or a booster dose as soon as possible, rather than waiting for a new one formulated vaccine.

"I would highly advise you to get a boost right now," he stated.

As a result of what scientists discover about the omicron variety in the following weeks, he believes that targeted boosters may not be necessary to keep that strain of the virus under control.

According to Burton, Moderna and other vaccine firms are now studying existing COVID-19 vaccines to establish their effectiveness against the omicron form.

When asked how long it would take to build an omicron-specific variation, Burton said, "It would take a few of weeks, maybe two to three months is what we're looking at before we could start manufacturing."