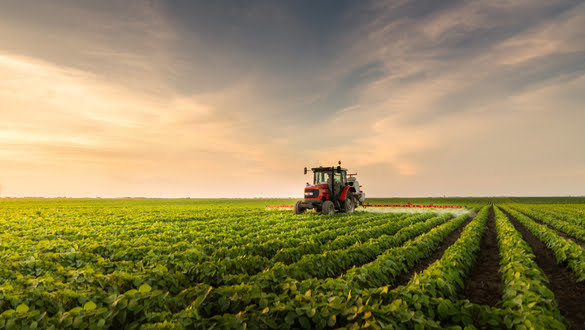 Foreign nationals buying American agricultural businesses and getting government subsidies are coming under increasing criticism from both parties.

The campaign to reduce China's economic dominance in the United States has reached America's farmland, with Congressional legislators from both parties considering legislation to restrict Chinese acquisitions of valuable agricultural real estate.

Lawmakers in the House of Representatives recently approved legislation to that effect, saying that China's involvement in the United States food chain presents a national security threat.

Furthermore, influential Senate senators have already shown an interest in measures to preserve American farms in the hands of their constituents.

The debate over farm ownership is taking place in the context of broader efforts by Congress and the Biden administration to reduce the United States' economic reliance on China, particularly in key industries such as food, semiconductors, and minerals that are considered critical to supply chain reliability.

Several political figures, including former Vice President Mike Pence and Sen. Elizabeth Warren (D-Mass. ), have called for stricter restrictions on who may own and operate America's farms, a movement that began in agricultural states and has gained support nationwide.

China's agricultural footprint has grown significantly in the United States over the past decade, with Chinese companies acquiring farmland and large agribusinesses, such as pig processing giant Smithfield Foods, among others.

According to the Agriculture Department, Chinese landowners will own about 192,000 agricultural acres in the United States by the beginning of 2020, valued at $1.9 billion. This includes property used for farming, ranching, and forestry.

It also represents a tiny proportion of the approximately 900 million acres of total farmland in the United States.

The pattern of growing acquisitions and the purchasers' possible ties to the Chinese government have legislators deeply concerned.

China's agricultural investments in other nations have grown more than tenfold since 2009, according to the United States Department of Agriculture (USDA) in 2018.

As part of its "One Belt, One Road" economic growth ambitions, the Communist Party has aggressively encouraged investments in overseas agribusiness, intending to gain more control over the country's food supply chain in the process.

According to Rep. Dan Newhouse (R-Washington), the present trajectory in the United States is heading to the establishment of a Chinese-owned agricultural land monopoly, which he warned at a recent House Appropriations hearing.

The committee unexpectedly approved Newhouse's amendment to the Agriculture and Food and Drug Administration spending bill (H.R. 4356 (117)), which would prohibit any new agricultural purchases by companies that are wholly or partially controlled by the Chinese government and prohibit Chinese-owned farms from accessing federal assistance programs.

Increased monitoring of major meat processing firms such as JBS and Smithfield is one component of this endeavor, as are proposals to tighten the criteria for meat branded as "Product of the United States."

While legislators continue to concentrate only on Chinese purchasers, other nationalities own much more agricultural land in the United States than Chinese buyers.

By the end of 2019, foreign investors had acquired a stake in more than 35 million acres of land.

According to USDA statistics, in the five years since 2015, the total has increased by an average of 2.3 million acres each year.

Joe Maxwell, president of the progressive advocacy group Family Farm Action, explains how foreign investors can set up limited liability companies in the United States and designate an American owner to circumvent reporting requirements while still maintaining complete control over the operation from behind the scenes.

According to Maxwell, "it's a huge effort to establish who actually owns the property."

"These foreign interests have a lot of intelligence.

They use a variety of corporate formations to further hide their activities."

Since the influx of foreign capital into agricultural real estate, it is becoming more difficult for young farmers in the United States to get the property because prices are being driven up by outside purchasers.

Maxwell believes that this presents a significant danger because an older generation of farmers is likely to leave the business.

What does China own in the U.S.?