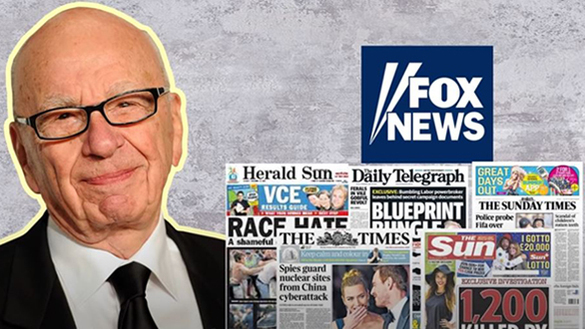 Nazi propagandist Joseph Goebbels boasted, “A lie told a thousand times becomes the truth.” That propaganda tactic cost 70 to 85 million human lives as a result of World War II.  The Murdoch family is using Fox News’ to shatter our republic and put an end to the United States by repeating lies thousands of times every month.

All democracies exist on the basic tenents: as long as truth dominates public discourse and elections are fair and accessible, they will thrive. Fox News, however, has been doing everything it can to destroy our Democracy using the playbook of Nazi propagandist Joseph Goebbels and Adolph Hitler.

Fox has been so successful that recent polls have shown that most Republicans believe that force should be used instead of the ballot box. Ironically, Republican politicians of all walks of life are screaming about Democrats being communists while pushing the need for just – a one-party system. Fox has put the existence of our country’s Constitution in question and on the precipice of fascism.

The Lincoln Group, a growing number of former Republicans attempting to stop the slow-rolling insurrection and demise of our Democracy, have just released a new video that lays it all on the table.