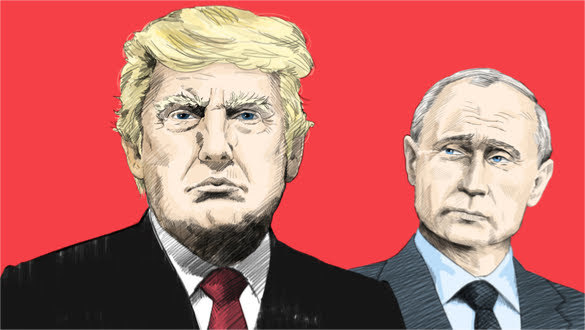 Donald J. Trump looks more and more like a Russian asset. What does Putin have on him that would allow him to ignore putting a price on American and allied soldiers’ lives?

The reality of The New York Times devastating disclosure that President Donald Trump was informed months ago that Vladimir Putin had put a bounty on the lives American and coalition soldiers lives in Afghanistan and paid Islamist terrorists for their doing so; appears to be enraging the American people.

The report in The New York Times says…

“American intelligence officials have concluded that a Russian military intelligence unit secretly offered bounties to Taliban-linked militants for killing coalition forces in Afghanistan — including targeting American troops — amid the peace talks to end the long-running war there.”

Social media is exploding with hashtags like #TraitorTrump, #TrumpTreason and #TraitorInChief. The phrase “TRE45ON” has caught fire as well.

Trump appears to be facing a never-ending string of political nightmares 130 days before the 2020 election and a pandemic that will take the lives of over 200,000 Americans because of his gross incompetence. His approach to the scandal was to play golf at his Virginia country club Saturday.

Meanwhile, former Vice President Biden made the following video addressing the nightmare revelation that what many have suspected is right about Trump’s allegiance to the Russian dictator. Calling Trump’s entire Trump’s entire Presidency a “gift to Putin” and says he is “disgusted by Trump’s response to a foreign power violating international law.

Biden To The Report Of Russian Bounties On U.S. Troops|NBC News

The outrage that Putin placed a bounty on American troop lives and Trump was aware but did absolutely nothing is channeling an emotional response on Twitter like no other Trump previous scandal. 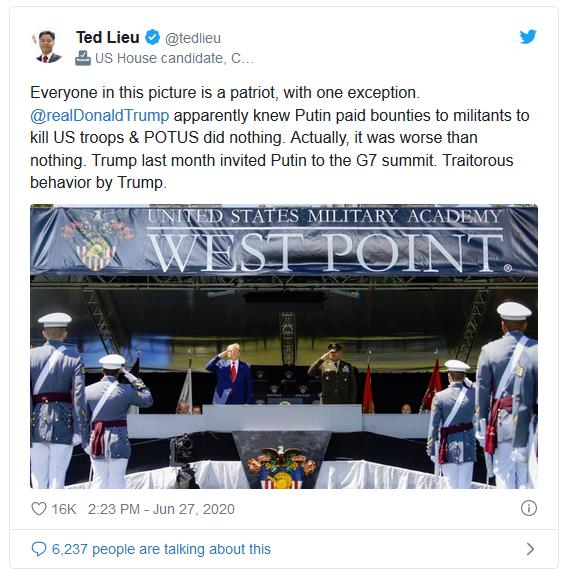 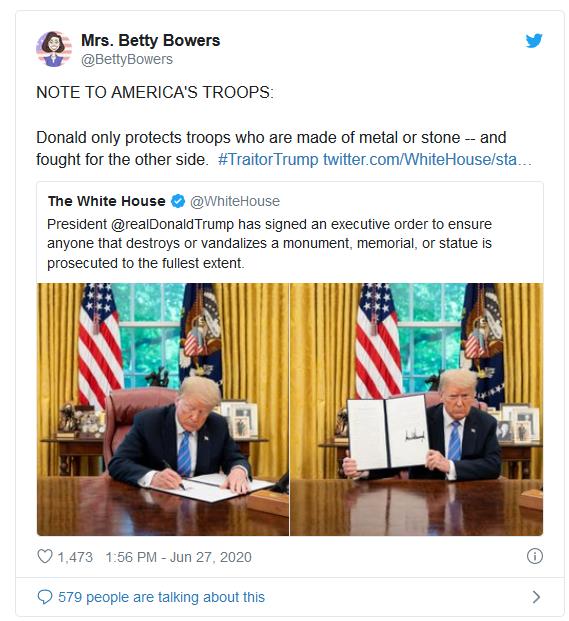 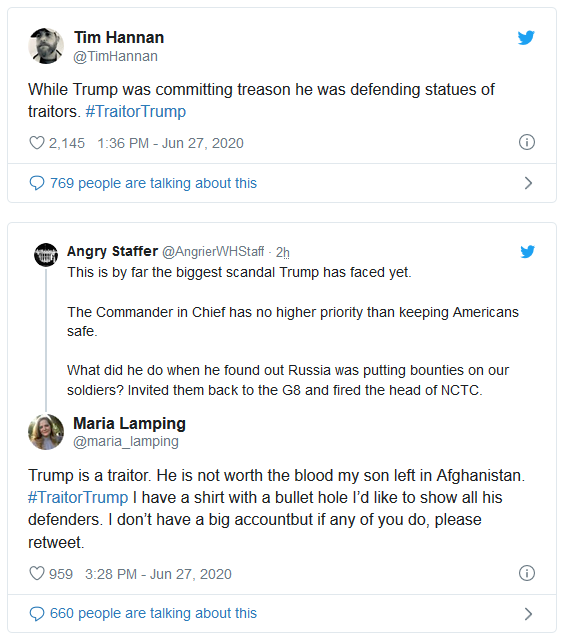