Amazon Alexa on Track to Lose $10 Billion This Year 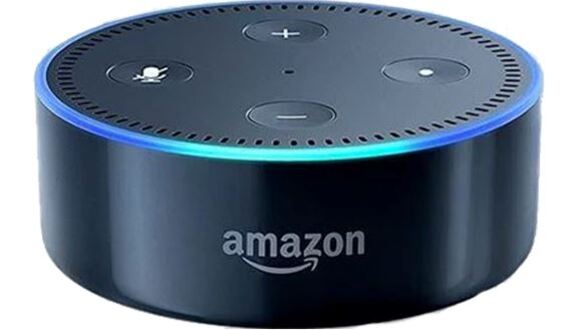 Teams working on the smart speaker are predicted to experience massive layoffs as a significant cost-saving strategy due to Amazon Alexa's estimated $10 billion in costs in 2022.

Amazon is now going through the most significant round of layoffs in the corporation's history, with a plan to slash 10,000 workers. One area that has been hit particularly hard is the Amazon Alexa voice assistant department, which seems to be seeing a decline in popularity inside the massive online retailer. This is because of "the quick death of the voice assistant and Amazon's stronger hardware business," as stated by Business Insider.

Alexa, created by Amazon's top-secret Lab126, employs machine learning and artificial intelligence to listen to your voice requests and answer with contextual replies to assist you in completing your tasks. Since the online retail giant first made the service accessible to users in 2013, Alexa has assumed the role of a virtual personal assistant that competes with Apple's Siri, Google Personal Assistant, and others. Alexa can let you listen to Spotify music, make to-do lists, shop, and even operate your smart home devices. Like other virtual assistants, Alexa has issues comprehending some user orders and reacting correctly. However, since Alexa is a cloud-based service, Amazon is constantly improving its intelligence to overcome these obstacles. Alexa will grow more intelligent as machine learning gets more advanced.

According to Business Insider, Amazon's "Worldwide Digital" business, of which Alexa is a part, had a loss of $3 billion in Q1 2022 alone, with "the major amount" of that loss being due to Alexa. This loss was attributed to Alexa. Additionally included in this section is the Amazon Prime video service. It is anticipated that the hardware industry will lose $10 billion this year, which is more than twice as much as any other industry. It would seem that Amazon has had enough of blowing through all of its financial resources.

According to the information presented in the report, "a dozen current and former individuals on the company's hardware team" described a "department in crisis." Alexa has been the focus of multiple efforts at commercialization, all of which have been met with failure. As a result, a former coworker of mine has referred to her as "a big loss of ingenuity" and "a lost promise."

The employment terminations announced earlier this month are the result of years of efforts to turn things around. The corporation has given Alexa a lot of breathing space since it was the "pet project" of previous CEO Jeff Bezos. Even after a crisis conference with everyone in the company was held in 2019 to find out how to repair the monetization issue, nothing was resolved.

By the end of 2019, Bezos had completely lost interest in Alexa, and the company could not bring on any new staff members. And now Amazon has a new CEO in the form of Andy Jassy, who gives the impression of not being as concerned with ensuring the safety of Alexa.

According to the research findings, "most of the gadgets are being sold at cost," including Amazon's Echo series, even if it is one of the company's "best-selling commodities." According to one of the organization's internal documents, "We want to make money when people use our products rather than when they purchase our things."

Nothing ever came of that proposition. Because Alexa does not continue to play commercials after you use it, the hope was that customers would use their voices to buy products from Amazon.com. Many people are reluctant to hand over their financial information to an AI or buy anything without first seeing a picture or reading customer evaluations . The report claims that by the fourth year of the Alexa experiment, "Alexa was getting a billion interactions every week, but the bulk of those exchanges were simple requests to play music or enquire about the weather." Those aren't monetizable questions.

Amazon has sought to cooperate with other companies to develop Alexa skills. For example, a voice command might be used to order a pizza from Domino's or call an Uber, and Amazon would get a fee on these transactions. The team also sought to present Alexa as a halo product with customers who are more willing to spend at Amazon even if they do not buy via voice. However, examinations into this theory suggested that those customers' "financial contribution" "often fell short of expectations." The research found that "by 2020, the team had stopped reporting sales targets owing to a lack of utilization."

First Round of Layoffs

On Tuesday, Amazon started alerting workers that they had lost their jobs. This was the first round in a series of layoffs that Amazon anticipates will continue until 2023 and would affect around 10,000 positions. The CEO, Andy Jassy, informed staff the previous week that the figures are subject to change as long as team leaders continue to make judgments.

Amazon is reducing staff in various departments, including those that deal with gadgets, books, human resources, and retail outlets. In addition to the Kindle, other smart home goods, and the Echo speaker, the devices department at Amazon includes the company's voice assistant, Alexa, its health gadget, Halo, and its house robot, Astro. Most of Amazon's revenue comes from its consumer-facing operations, broken down into four categories: online and physical shops, the marketplace for third-party sellers, and Amazon Prime.

The corporation announced the layoffs on Wednesday, one day after it had already begun making cutbacks. On Thursday, Jassy informed staff that the layoffs would continue until 2023, which means that some Amazon workers will have to wait until the next year to find out whether their jobs will be secure.

On Monday, shares of Amazon.com Inc. fell 1.78 percent to $92.46. This occurred during what turned out to be a generally difficult trading session for the stock market.

This was the fourth day in a row that the stock had dropped in price. The closing price for Amazon.com Inc. was $93.21 lower than the company's 52-week high, which was $185.67 and was reached on November 22.