AI: “The Most Powerful Technology Force the World Has Known” 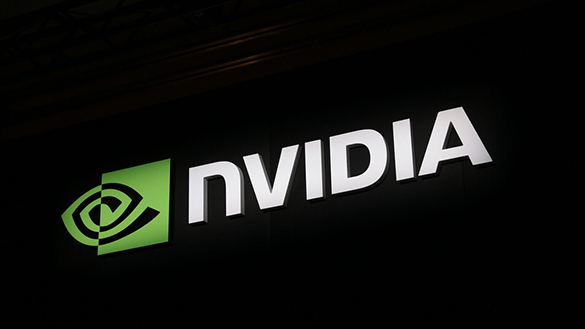 NVIDIA (NASDAQ: NVDA) CEO Jensen Huang explains why his company is focused on Artificial Intelligence (AI) and helps give investors a more profound understanding of why his company’s share price has skyrocketed over the year-to-date a whopping 132% as of Thursday, year to date.

My co-editor of World Opportunity Investor and I have repeatedly recommended NVIDIA Corporation (NVDA) shares which are now trading at over $300 a share. We believe the company sometime in the next 36 months will be trading at $600 a share.

CEO Jensen Huang sees the rapid rise in his company’s share prices as a response to people being excited about the chip giant’s work in artificial intelligence. Huang told Yahoo Finance Live. …

Earlier in the week, Huang spoke at  Nvidia’s GTC 2021 conference with a virtual keynote that featured discussions about the company’s efforts in AI, the metaverse, robotics, and self-driving cars.

NVDA is already the most valuable chipmaker globally with a market cap of $749 billion; Nvidia has gone from functioning solely as a maker of graphics cards for gamers to an AI powerhouse thanks to the processing power of its chips.

While Nivida’s gaming arm still brings in the majority of its revenue, about 47% to its data center business’s 36%, that disparity is shrinking in each quarter the company reports. Nivida still intends to continue to be the top card maker globally; it’s the firm’s AI and data center businesses that will provide explosive revenue growth that will make it a $1.5 to $2 Trillion company in the next few years.

Nvidia builds everything from chips to supercomputers and produces software its customers use to develop their artificial intelligence capabilities. In other words, the company is a one-stop-shop for its clients’ AI needs. Huang says to anyone who will listen…

“People are excited about the fact that Nvidia is not a traditional semiconductor company. We’re rich with software, and we are rich with the ability to open to new markets.”

Huang is right. The software that Nvidia makes is essential for accelerated computing. Without it, the computing model, the company pioneered doesn’t work. His company may be well known now, but it could come as well-known in the next few years as well-known as… Intel, Microsoft, IBM, and Apple.

Nvidia’s metaverse platform, Omniverse, is the plumbing Nvidia customers can use to reliably build out their virtual worlds.

The revolutionary technology company provides its customers an Omniverse that will allow them to create so-called “digital twins” that they can operate inside a virtual environment rather than the real world.

For example, an automaker might, for instance, use a digital twin to reconfigure one of its manufacturing plants using Omniverse. That could help it spot potential bottlenecks that it might not have noticed until it had already spent millions building out the site in the real world.

In truth, Nivida’s AI technology will give birth to leaps in technology that are considered the stuff of science fiction today.

Carmakers are already working within Nvidia’s Omniverse software to build out its self-driving car efforts by running virtual cars through digital twins of the real world. That allows the vehicles’ to collect the data the company needs to program cars in the real world without ever having them touch pavement. Huang, quoted by Yahoo finance, says…

“I think people are excited about the technology that we’ve created,” “I’m delighted that people see the potential in our company, and I’m looking forward to the future we’ve discussed.”

We at Wall Street Rebel believe that Nivida is a core holding for any investor anticipating an explosion in technologies in the next few decades. NVDA is at literally the center of the AI revolution that has just become, and that will transform the world we live in.

Artificial intelligence will be used by virtually every industry on the planet. It will be used on a daily basis by virtually every human being by the end of this century. While this new technology will bring enormous and unimaginable efficiencies, it will also create hundreds of trillions of dollars in new wealth and prosperity.