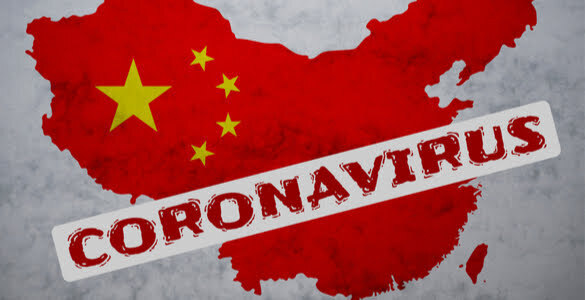 Since the epidemic began, the virus's origin has been hotly questioned. Many health experts, notably Dr. Anthony Fauci, have long argued that it originated in the wet market.

New investigative evidence points to a market in the Chinese city of Wuhan as the source of the epidemic, casting more doubt on claims that the coronavirus originated in a laboratory.

Even though the assumption that the virus started in a market has long been the dominant view in the scientific community, others have maintained that the virus was created by humans and leaked from the Wuhan Institute of Viral Research. Two new research findings, both published on Saturday, support the market idea.

A geographical analysis technique was employed in one research to demonstrate that the first known instances of COVID-19 were found in the vicinity of a market. According to the study, it was discovered that positive environmental samples were "highly correlated" with vendors that sold live animals, such as raccoon dogs.

"Taken together, our results offer conclusive evidence for the transmission of SARS-CoV-2 via the live animal trade and establish the Huanan market as the unmistakable epicenter of the COVID-19 epidemic," the researchers said in their report.

The second research looked at the pattern of genetic diversity of the virus during the early stages of the pandemic and discovered that the illness was most likely transferred from an animal to humans.

Since the pandemic outbreak, the virus's origins have been the subject of intense discussion. Many health experts have long promoted the market origin theory, including Dr. Anthony Fauci. He has stated that he would be open to investigating the market's origin. On the other hand, the lab leak theory has been pushed as definitive while calling for greater scrutiny and investigations into the lab.

"An investigation that we may make accessible to you was carried out lately, in which a group of very skilled evolutionary virologists examined the sequences [of the new coronavirus] as well as those in bats as they evolved. And the mutations that it took to get to where it is now are entirely consistent with a species' transition from an animal to a human, as well as the evolution of the human race "Fauci made the statement in April 2020, just a few weeks after the pandemic began, resulting in widespread closures across the United States of America.

According to a WHO assessment published last year, the virus most likely began in a market. However, experts at the time could not rule out the idea that the virus originated in a lab as a source of transmission. Furthermore, the Chinese government has dismissed requests for a probe into the origins of the lab leak allegation, claiming that it is a fabrication.

WUHAN WET MARKET before the outbreak said to be the virus's origin.