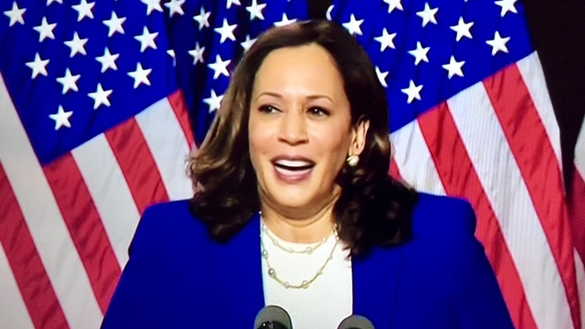 On Monday, Kamala Harris emphasized the importance of restoring hope for residents of struggling Central American nations, helping address the recent migration increase, as she pleaded with them not to make the dangerous trek.

The Biden administration is demonstrating their concern about the increasingly controversial issue of migration; Vice President Kamala Harris spoke to government officials and nongovernmental organization workers about trafficking and corruption in Guatemala to allay growing anxieties over the Biden administration’s policies on the issue.

The primary goal of the mission is to allow the vice president to establish his or her credentials by traveling to a poor and unimportant place that he or she would not be generally associated with while also experiencing the rigors of an early presidential campaign.

Ms. Harris met with President Giammattei on Monday and made her priorities clear.

According to Ms. Harris, most people don’t want to move away from the location where they were raised. If it is a safe place where their language is spoken, their culture is accepted, and familiarity with it is experienced.

And when they do leave, it usually happens because of two different issues. Either they are trying to escape some harm or simply unable to fulfill their most basic needs.

After she met with Guatemalan President Alejandro Giammattei, she addressed everything from vaccine sharing to corruption in the region.

She began her address by explaining the plight of Guatemalans, whom she claimed did not want to leave their homeland but were forced to by the deplorable living conditions.

Harris encouraged people not to attempt the dangerous journey, promising that the United States would enforce its immigration laws.

No one should come.  “Coyotes profit the most from this arrangement.”

The Department of Justice announced creating a law enforcement task force tasked with combatting human trafficking and smuggling groups in those locations.

President Biden selected Ms. Harris to contribute to the neighborhood’s efforts to keep its vulnerable residents from heading north in search of a better life.

As part of the department’s campaign to fight corruption in Central America, the announcement was made that an additional effort was being put in place.

Ms. Harris has already made a $310 million pledge for investment in the Central American economy that forms part of a $4 billion, four-year strategy for economic growth and stability in the region that is part of the Biden administration’s plan to prevent migration.

A few weeks ago, Ms. Harris’s team said that twelve private companies, including MasterCard and Microsoft, had made a number of commitments to boost economic development in Central America.

These will be additional facilities that the administration will build throughout Guatemala. People will be informed about asylum protections in the Central American region rather than making the long journey to the U.S. border.

Giammattei explained that the two governments would have to find a consensus if they want to collaborate.

However, the most significant questions remain about how Ms. Harris will ensure that U.S. aid reaches those who need it most, as she works with a Guatemalan government that has demonstrated a lack of interest in rooting out corruption.

Speaking on behalf of Secretary of State Antony J. Blinken, Harris has expressed his concern to the Guatemalan government over its criticism of a lead prosecutor in the region.

Mr. Giammattei has accused the prosecutor of having a political agenda to the left.

Ms. Harris has come under attack from the Republican Party to coordinate efforts with Central American countries.

At a recent press conference, a group of Republicans displayed a milk carton that had been mocked up to depict Ms. Harris, whose photo was photoshopped to feature the title “MISSING AT THE BORDER.”

According to reports, this will be the most border-crossing encounter since the Biden administration, if the reports are correct.