A Russian Coup Against Putin is Already Underway and Unstoppable 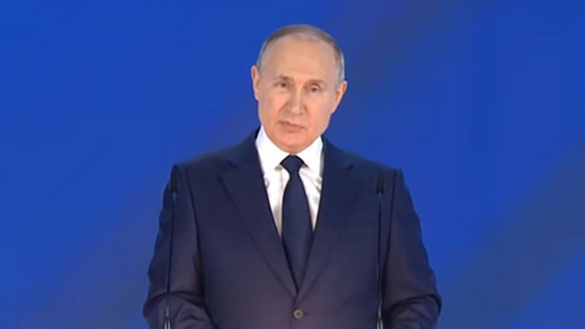 For months, rumors have circulated that Russian dictator Vladimir Putin had emergency back surgery in February, suffers from Parkinson's disease, and has a fatal form of blood cancer.

Several sources, according to media reports, say the Russian despot is in "a very bad psychological and physical condition."

Speaking to Sky News, Major General Kyrylo Budanov, the chief of Ukraine's military intelligence, said that a Russian military defeat would result in Putin's removal and the country's eventual collapse. The Russian dictator was rumored to be suffering from fatal blood cancer and Parkinson's disease. According to Budanov…

"It will eventually lead to the change of leadership of the Russian Federation, and this process has already been launched."

During an interview with Sky News, international affairs editor Dominic Waghorn Budanov said "yes" when pressed by if a coup attempt is currently in motion.

"They are moving in this way, and it is impossible to stop it."

A business insider previously one of the sources warning about a coup in Russia reported that all of the grievances that traditionally motivate a coup in Russia are in place. Still, Putin has spent decades trying to make his regime "coup-proof." Now, however, the disastrous military invasion plagued with performance problems, floundering morale, mounting casualties, large numbers of wounded, and the weight of international sanctions pushing towards an economic collapse made a coup against the Russian dictator more likely.

For the first time, the Federal Security Service (FSB), the Federal Protective Service (FSO), and The Rosgvardia that serve to protect Putin may not be able to head off the coup that has already begun, according to Budanov, because of his suffering…

"…a very bad psychological and physical condition and he is very sick."

There has been a great deal of speculation on whether the Russian leader is unwell. Video footage emerged in late April, showing Putin shaking "uncontrollably," sparking suggestions that he might have Parkinson's disease.

Commentators have also pointed to his unusually puffy face as a sign of steroid use, possible illness, and the use of a blanket to keep warm during Russia's Victory Day military parade last week.

If Putin suddenly died from his health issues or was suddenly ambushed and assassinated, the current Russian line of succession would put the country's prime minister as Mikhail Mishustin; however, it is believed that he lacks the support of other powerful men in the Russian government.

The far more likely man to succeed Putin would be Nikolai Patrushev, according to the British newspaper The Sun. is the one who would take over the leadership of Russia if Putin ever had to undergo an operation or fell ill. 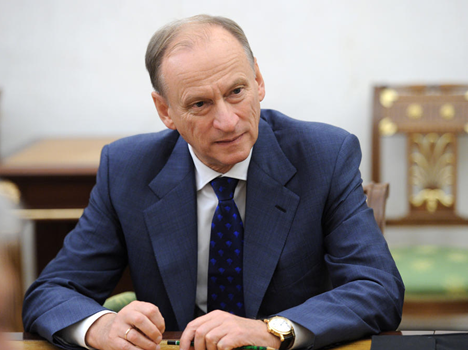 Nikolai Patrushev is a security and intelligence officer who has served as Russia's Security Council secretary since 2008. He was the Director of the Federal Security Service from 1999 to 2008. (FSB).

Patrushev, a member of President Vladimir Putin's inner circle's siloviki faction, is one of Putin's closest advisors and a key figure in Russia's national security affairs.

In the event of Putin's death, there would be tremendous pressure on Russia to withdraw its troops from Ukraine. Without Putin, anyone, including Nikolai Patrushev, would face mass protests, which have been suppressed now that Russia has suffered so many deaths and injuries in its first 80 days in Ukraine.

Patrushev's agenda would be drastically different from Putin's. Patrushev would most likely concentrate on consolidating his power within Russia and gaining access to the estimated $350 billion Putin has hidden during his dictatorship.

The consequences of a power shift and Russian withdrawal from Ukraine on the world's financial and commodity markets cannot be overstated.

If a new Russian government rose in the aftermath of Putin's death or being disposed we could see oil, now trading at $100+ a barrel, fall 30% to 40%, and wheat, corn, soybean, and other agricultural products fall in price sanctions against Russia were eliminated. Yet, the sell-off would begin on the official announcement of Putin's death or removal.

A coup would be more effective in reversing the existing sanctions because those who would pull off the coup would likely put Putin on trial either literally or via state-run media for all the corruption that existed since he rose to power more than 20 years ago.

Reports of a coup to overthrow Vladimir Putin | 7NEWS