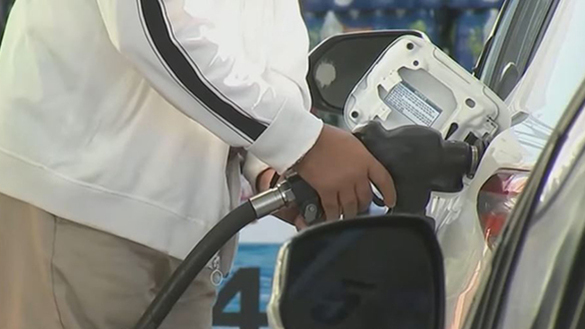 Amid a rising cost of living, President Biden has been forced to choose between his aims of lowering greenhouse gas emissions that contribute to climate change and keeping expenses accessible for middle-class customers.

On Wednesday, President Biden asked the Federal Trade Commission to investigate whether "illegal conduct" by large oil and gas companies is driving up gasoline prices for American consumers. The administration's latest effort to target concentration in the energy industry is to bring down prices at the pump.

The judgment is unlikely to provoke immediate action by the Federal Trade Commission, which jurisdiction to break up large industry players. It is also unlikely to have an immediate influence on gasoline prices.

It may, however, cause the commission to initiate an investigation to gather information on how firms set gasoline prices, which might be used in future enforcement procedures.

"There is mounting evidence of anti-consumer action by oil and gas companies," Mr. Biden says in a letter to Lina Khan, the antitrust champion he appointed to lead the Federal Trade Commission.

The president said that gas prices have risen even though the cost of refined gasoline has reduced and the oil sector's earnings have climbed.

He said that ExxonMobil and Chevron, the two most prominent players in the industry, had more than doubled their net earnings since 2019 while simultaneously announcing billion-dollar plans to pay dividends and buy back shares.

According to the Energy Information Agency, the average gallon of gasoline in the United States costs about $3.40 on Monday, the highest price in seven years.

According to White House officials, if the differential between refined fuel costs and gasoline prices at the pump reverted to pre-pandemic levels, drivers may spend up to 25 cents less per gallon.

According to Lindsay Kryzak, a Federal Trade Commission representative, "the F.T.C. is concerned about this situation, and we are investigating it."

Earlier this year, Mr. Biden proposed that the panel monitor the gasoline market for any illegal conduct.

As a result of this reaction, the commission strengthened its scrutiny of mergers in the oil and gas industry.

Americans' opinions of the economy have been tainted due to an OPEC output reduction and increased gridlock as commuters and travelers return after a holiday break. Inflation has also increased, putting a damper on a portion of President Joe Biden's economic strategy in Congress.

Mr. Biden has been forced to choose between his goals of reducing greenhouse gas emissions that contribute to climate change and keeping costs affordable for middle-class consumers due to the spike. Even though experts think that higher gasoline prices discourage people from using it, President Biden refused to include an increase in the federal fuel tax as a cost-cutting measure in his infrastructure negotiations with Republicans.

During his visit to a General Motors facility that manufactures electric vehicles on Wednesday afternoon, President Biden will highlight the transition to lower-emission cars and trucks, which the president believes will be accelerated by the recently approved $1.1 trillion infrastructure legislation.