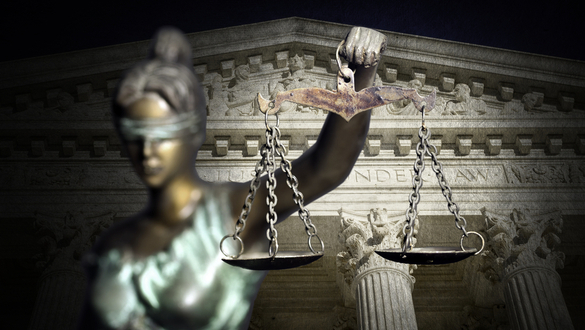 Ruling by the Supreme Court, "a cheerleader's online profanity about her school is protected speech under the First Amendment in a significant student speech case.

In a unanimous decision issued on Wednesday, the Supreme Court found that a Pennsylvania school district had violated the First Amendment by punishing a student for a vulgar social-media message sent outside school grounds.

After a student was suspended after she used vulgar language in a post posted outside of school grounds, the Supreme Court ruled in her favor on appeal.

According to the justices, she was not suspended, but they did not go so far as to rule that schools could not punish students for their speech outside of school grounds in general.

Supreme Court Justice Clarence Thomas dissented, and the vote was 8 to 1.

The case involved Brandi Levy, a high school student from Pennsylvania who expressed her disappointment at not being selected for the varsity cheerleading squad by sending a colorful Snapchat message to approximately 250 other people.

It was sent on a Saturday from Cocoa Hut, a convenience store that was popular with teenagers at the time.

With their middle fingers raised, the image of Ms. Levy and a friend was displayed alongside a string of words expressing the same sentiment.

Ms. Levy expressed her dissatisfaction with "school," "softball," "cheer," and "everything" four times, each time with a swear word.

Even though Snapchat messages are supposed to be deleted within seconds of being sent, another student took a screenshot and showed it to her mother, a coach.

A year's suspension from cheerleading was imposed by the school, which justified the action by claiming it was necessary to "avoid chaos" and maintain a "teamlike environment."

Ms. Levy filed a lawsuit against the school district. She was awarded a resounding victory by a three-judge panel of the United States Court of Appeals for the Third Circuit in Philadelphia, evenly divided.

The court, relying on a precedent from a different era, ruled that public schools were not permitted to punish students for their speech outside of school grounds under the First Amendment.

According to the Supreme Court's decision in Tinker v. Des Moines Independent Community School District in 1969, students could wear black armbands to protest the Vietnam War because they had not "abandoned their constitutional rights to freedom of expression or speech at the schoolhouse gate," as the students had claimed.

However, the court stated that disruptive speech could be punished at the very least on school grounds.

Although the Third Circuit unanimously ruled in favor of Ms. Levy, the judges were divided on the reasoning behind the decision.

While the majority of the court announced a categorical rule prohibiting school officials from disciplining students for off-campus speech, this rule appeared to limit public schools' ability to address many types of disturbing communications by students on social media, such as racist threats and cyberbullying.

Judge Thomas L. Ambro wrote in a concurring opinion that he would have ruled in favor of Ms. Levy if the issues had been narrower.

Having stated that the First Amendment protected her speech because it did not interfere with school activities, he claimed, would have been sufficient.

He argued that the majority's decision to protect all off-campus speech was incorrect.

Since the Tinker decision in 1969, the Supreme Court has interpreted students' First Amendment rights more restrictive.

Thomas wrote, "A school can regulate speech when it occurs off-campus, so long as it has a proximate tendency to harm the school, its faculty or students, or its programs.

Additionally, Thomas raised an issue that has been a source of contention at the Supreme Court and other federal courts for years: federal law has struggled to keep up with the rapid advances in technology.

However, Thomas points out that even though Levy's speech was created in a single location, it was audible throughout the school environment.