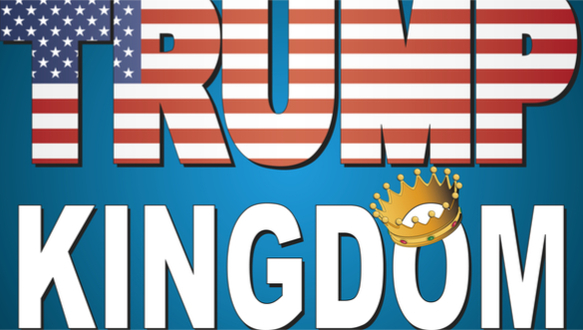 Former CIA director John Brennan warns "How desperate will he become?"… "What else is he going to do to distract attention?" suggesting President Trump could start a war as part of a…"wag the dog scenario as things get increasingly difficult for him."

The Washington Post is reporting the White House has drafted or is in the process of preparing documents to revoke security clearances of current and former officials who the President has put on an enemies list. Not since the Watergate scandal has a Presidency itself been in such incredible danger.

During an interview with Rachel Maddow on CNBC last night in his first on-screen interview since Trump revoked his security clearance Former CIA Director John Brennan accused President Donald J. Trump of being "drunk on power".

John Brennan said during his interview…

"The fact that he's using a security clearance of a former CIA Director as a pawn in his public relations strategy, I think, is just so reflective of somebody who, I quite frankly, don't want to use this term maybe, but he's drunk on power,"

"I think he's abusing the powers of that office,"

"I think right now this country is in a crisis regarding what Mr. Trump has done and is liable to do. Are the Republicans on the Hill who have given him a pass, are they going to wait for a disaster to happen before they actually find their backbones and spines to speak up against somebody who clearly, clearly is not carrying out his responsibilities with any sense of purpose and common sense from the standpoint of a national security?"

"How desperate will he become?"… "What else is he going to do to distract attention?" suggesting President Trump could start a war in a…" wag the dog scenario as things get increasingly difficult for him."

The Washington Post quoting an unnamed senior White House official affirmed President Trump wants to sign "most, if not all" of the revocation orders as quickly as possible. White House Press secretary Sarah Sanders and new Deputy Chief of Staff Bill Shine, however, are indicating that they will release Trump’s recissions of national security clearances as unfavorable news about President Trump stories break.

This strategy of releasing announcements of stripping those on Trump’s enemies list of their national security clearances is designed to deflect from a coming onslaught of anticipated damaging revelations from former Trump sycophants including Michael Cohen the President’s former personal lawyer and Former White House aide Omarosa Manigault Newman.

Rumors are swirling that Michael Cohen has agreed to roll on President Trump just as it was revealed yesterday that Omarosa has an extensive collection of video, emails, texts and other records that corroborate her explosive book about the Trump administration and the President himself.

Just remember where there is smoke, there usually is fire.