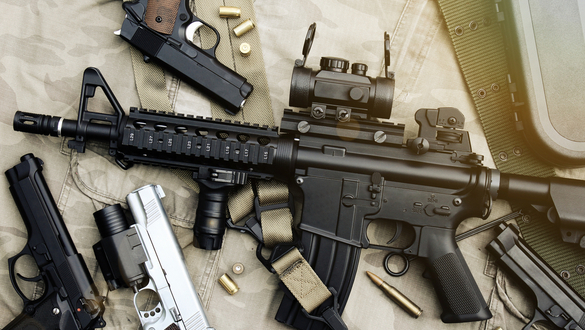 A car accident in New Jersey May have short-circuited another mass murder in late July. A possible neo-nazi was armed for a battlefield.

Joseph Rubino had been transporting guns in N.W. New Jersey at which point he met with an accident in his Chevy, slamming into a huge tree. 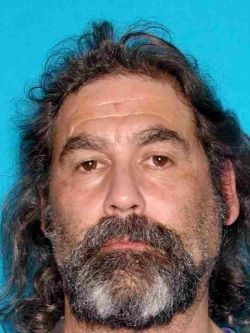 While his passenger suffered serious injuries and had to be airlifted for medical attention at a better hospital after this crash on Jul 24, the state police’s interest was piqued at the cargo Rubino, a convicted felon, had been transporting – a trove of deadly firearms, as per court documents.

This later led to his entire residence being searched which yield a bigger cache that included one grenade launcher, over a dozen firearms, armored vests, numerous silencers, drugs & a box filled with white supremacist and neo-Nazi propaganda, as per the U.S. state attorney’s report, released on Tuesday.

Rubino, aged 57, was later arrested with several serious charges. He was also booked for possessing firearms during a drug trafficking operation, which carries a life imprisonment sentence. It isn’t clear where he has access to an attorney.

This finding comes on the heels of growing white supremacist movements & threats, which some officials consider to outpace the FBI’s attempts to combat such threats. Authorities think that white supremacy influences were responsible for the El Paso attacks this month, which took the lives of 22 people.

Kenneth Coe, Rubino’s passenger, was arrested back in May on a charge of possession of firearms & a substance which police officers suspected to be crystal meth when he was stopped at a traffic junction, reported local media sources. NJ State Police haven’t yet responded regarding his status.

Rubino’s criminal record dates back to a 1999 arrest and conviction made for issuing bad checks. Subsequently, he was placed in probation, as per the NJH.

Rubino’s weapons cache included grenade launchers, which were designed to be attached to a rifle’s underside, based on the M203 launcher used by the military. It is usually used for lighting signal flares. However, when used for firing ammunition, it has to be properly registered with BATFE as a severe destructive device. Police also discovered two shotguns with barrels sawed off, which provides shotgun pellets with broader distribution and more speed upon being fired. This makes blasts deadlier at a closer distance.

Rubino also had racist and neo-Nazi paraphernalia,  which included bumper stickers and shirts with SS bolts, that denoted the Schutzstaffel, a notorious Nazi group. Motorcycle gangs occasionally use this symbol, stated the court documents.