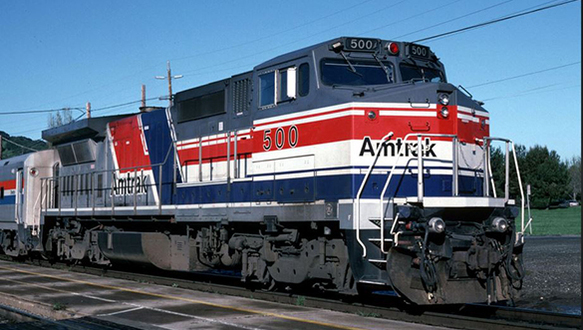 The money will assist in rehabilitating the Northeast Corridor’s deteriorating infrastructure, which includes bridges and tunnels over a century old. The revisions would alter a service map that has stayed almost untouched despite a period of 120 million more residents.

It is predicted that the $1.2 trillion bipartisan infrastructure plan that passed the House on Friday would lead to the most significant Amtrak expansion in history, as well as the beginning of maintenance and replacement projects across the nation’s passenger rail network.

Amtrak’s backlog of repairs, station improvements, train replacement, and a plan to modernize the nation’s busiest rail line are addressed in the legislation, which contains $66 billion in additional financing for rail.

Since Congress established Amtrak more than half a century ago, this would be the most significant increase in government assistance to the railroad.

A portion of the funds will be used to repair and replace aging infrastructure along the Northeast Corridor, including many bridges and tunnels that are more than a century old.

However, it can assist in the expansion of passenger service to new cities and towns throughout the United States.

As a result, the service map, which had stayed almost constant when the country acquired 120 million inhabitants, will be completely redesigned.

As part of a $75 billion plan to expand its rail service into 160 new areas, Amtrak believes it may bring in 20 million more passengers every year.

Congressional ratification of the infrastructure package — a down payment on an expansion plan that would still need further funds — on which President Biden intends to sign an executive order shortly during a ceremony — was required before the plans could be implemented.

In the wake of the coronavirus outbreak, Amtrak executives said they anticipate the influx of capital to help the company recover and develop faster. Passenger numbers plunged by 95 percent at the start of the health crisis and have only recently recovered to around 70 percent of pre-pandemic levels.

Amtrak officials said that reservations for the Thanksgiving holiday had also increased.

According to railroad authorities, the passenger rail system will get an initial $22 billion. As part of the infrastructure package, Amtrak would have access to an additional $44 billion in government funds for rail projects, including establishing new lines, over the next decade.

It is anticipated that Amtrak and states would compete for money for new routes, enabling the company to grow into places now not serviced by passenger rail, such as Las Vegas and Nashville, among others.

The project might also result in new linkages, such as a route connecting Phoenix with Tucson and a new corridor in Ohio that would connect Cincinnati with Columbus and Cleveland.

The money in the bill would go toward upgrading the nation’s busiest train corridor, in accordance with a 15-year vision recently revealed by the Northeast Corridor Commission, which was established by Congress over a decade ago to debate methods to enhance the length of the railroad.

By adopting this strategy, travelers will save around 30 minutes on their journey between Washington and New York and between New York City and Boston.

In addition to addressing the most severe bottlenecks along the route, the funds would assist pay for part of the backlog of maintenance work that has accrued.

The commission has determined that more than 150 projects totaling more than $117 billion are required to restore the corridor to a state of excellent repair. These include improvements or replacements of 15 key bridges and tunnels that are more than a century old.

These include the $4 billion replacement of the 148-year-old Baltimore & Potomac Tunnel in Maryland and an $11.6 billion plan to build new tunnels under the Hudson River. This structure is more than a century old and sees approximately 200,000 daily passenger trips in the New York metropolitan area, among other things.

The corridor, officials believe, must handle fundamental infrastructure requirements outside of big projects, such as upgrades to track, signal systems, and electric catenary systems that have reached the end of their service life.

It is anticipated that Amtrak’s rolling equipment will be upgraded during the next decade due to the infrastructure expenditure.

Until 2031, Amtrak intends to replace approximately 40% of its rail car fleet to retire its oldest vehicles, some of which have been in operation for more than 45 years.

As part of a $7.3 billion improvement program over the next decade, Amtrak announced in July that it had signed a deal with manufacturing firm Siemens Mobility for 83 new train sets.

According to the carrier, Congress approved $200 million for the train cars, and the agreement was contingent primarily on financing being secured as part of the infrastructure package, which was passed in late 2015.

It also puts pressure on Amtrak to make its operations accessible to individuals with disabilities. It provides funds to help the railroad comply with the Americans with Disabilities Act of 1990, which began in 1990.

When it comes to ensuring that intercity train stations satisfy Americans with Disabilities Act (ADA) regulations, Amtrak is way over the deadline of July 2010.

A six-year effort to guarantee that more than 300 stations satisfy accessibility requirements was just launched by the agency.

Amtrak also agreed to pay $2.25 million in December to resolve civil charges that it discriminated against disabled customers by failing to accommodate those in wheelchairs or those with limited mobility, as alleged in the lawsuit.

Several billion dollars will be allocated for rail safety upgrades and grants. Another $3 billion will be earmarked for grade crossing safety improvements as part of the infrastructure package.

The Eno Center for Transportation reported that trespassing and railroad crossing events account for 97 percent of rail-related deaths. The research also indicated that around 16 persons are killed in such occurrences each week.

Funds for education campaigns and modifications to highway crossings are included in the infrastructure package, which will prevent drivers from driving into the path of trains.

As part of its restructuring, the law mandates that Amtrak’s board of directors have an open meeting once a year with members of the disability community, the general public, and members of the company’s staff.

It establishes a working committee to provide suggestions to Amtrak to enhance the quality of food and beverages served on the railroad.

Passengers — as well as members of Congress — have expressed displeasure with recent changes to foodservice. Amtrak said two years ago that it would be replacing the conventional dining car experience with prefabricated food.

Following public outcry, Amtrak reinstated the onboard kitchen on select routes this summer and said it is continuing to evaluate its onboard dining service.

With the passage of the law, rural towns will no longer be subjected to service cutbacks in the future, which is a major victory for them.

Since the passage of the Act, Amtrak has threatened to curtail long-distance train service. However, the statute bans Amtrak from stopping or curtailing such service as long as it gets appropriate government funds for the route.

The railroad would also have to rehire ticket agents at several stations that have been left unattended during the shutdown.

According to the law, a ticket agent must be accessible at each station that receives at least 40 passengers each day. The measure is a response to Amtrak’s policy, which has been in effect since 2018, of eliminating agents from smaller stations, among other things.