62% Believe Trump is Lying about an Effective Vaccine 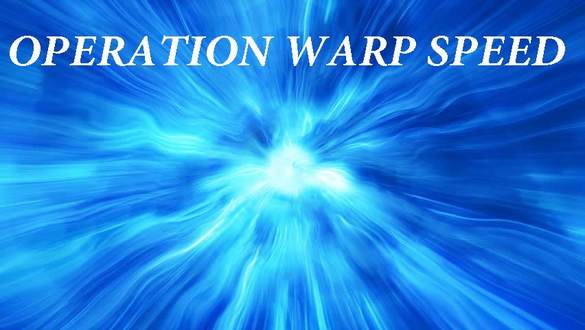 President Trump’s stump speech has devolved into a desperate attempt to con the American public into believing if he’s not re-elected, the country will collapse. Don’t be fooled. All he cares about is staying out of personal bankruptcy and prison.

Donald Trump has already proven himself to be a sociopath, a pathological liar who also has a narcissistic personality disorder.  Handicapped with these flaws, he now finds himself in constant terror, worried that if he loses his re-election on November 3, 2020, he could find himself under a legal siege that could not only bankrupt him but also land him in state or federal prison.

In his desperation to win the upcoming election, he has repeatedly made predictions that sound like outright promises, that a COVID-19 vaccine is imminent in hopes of pulling his campaign at the last minute from the jaws of defeat…

“We remain on track to deliver a vaccine before the end of the year and maybe even before November 1,” he said at a September 4 news conference.

“We think we can probably have it sometime during October.”

As the Washington Post reported last week, administration officials who wish to remain anonymous are saying that the President has become “fixated” on speeding up a vaccine development process at an unprecedented rate and scope, in a desperate gambit to turn his political fortunes around.

The President’s focus and repeated statements are generating a backlash with the majority of Americans who are voicing in political polls being taken a growing skepticism the “Warp Speed Program” approach is compromising the viability of coronavirus vaccines that are under development. Increasing numbers of people are worried that any vaccine developed and approved will be forced through the U.S. Food and Drug Administration (FDA) by sheer political pressure as opposed to its being proven effective.

People are worried that Trump has so politicized the effort and is desperate to announce a working vaccine that he’s willing to announce one has been developed before the election day.  He will make the announcement even if the vaccine hasn’t been appropriately tested and will prove to be dangerous if not outright lethal.

Illustrating the fear, a poll published by Kaiser Family Foundation on Thursday, September 10, a majority of U.S. adults, 62%, said they’re worried that that pressure from the White House could lead the FDA to approve a vaccine before it’s determined to be safe and effective.

It’s been revealed that two patients who have been taking AstraZeneca’s newly developed experimental COVID-19 vaccine had complications causing its trial testing to be suspended. This news will only increase the public’s skepticism and punctuates just how dangerous vaccine development can be and that it’s “not always a fast and a straight road.

Make no mistake, Trump’s promises of a vaccine are based solely on his fear he will be defeated on November 3, and it will likely take several more months before a coronavirus vaccine is developed and up to a year to distribute a final product.

Trump’s desperation and willingness to lie to the American people has so negatively impacted public sentiment that even if an effective vaccine is developed, millions of Americans are likely not to believe it will work and or will worry that side effects are being deliberately held back from them. A third of Americans have already said that they would not get a COVID-19 vaccine, according to a Gallup poll released in August. Trump’s assurances are just not being accepted in the way that Americans usually accept assurances from a President of the United States.

This lack of confidence, especially concerns because if too many people decide not to take even the most effective vaccine possible, it could become impossible to put an end to this dreadful pandemic. The fact is, even if an effective vaccine is developed, we need to vaccinate virtually everyone in the country. That’s going to be an unreasonable goal given the FDA has signaled that it would approve a vaccine even if it only prevents disease or makes the illness less severe in as few as 50% of people.

Americans are not as stupid as Trump, and his minions believe them to be. Their doubts over the “warp speed” development of a coronavirus vaccine have risen as the Trump administration has repeatedly refuted scientific evidence about the coronavirus outbreak. Trump even denied the effectiveness of scientific evidence that including the efficacy of face masks and the importance of continuing to ramp up COVID-19 tests. This has all contributed not only to undermine Trump and his administration’s credibility it has undermined the FDA’s credibility. An American institution that has enjoyed great credibility until Trump started meddling with it.

So now the public’s perception of the FDA and the Centers for Disease Control and Prevention (CDC) is severely tainted. Only 67% of Americans, according to polling, said they trust the CDC for reliable coronavirus information, that’s a decline of 16% from April when that number was 83%.

There’s a significant gap between Democrats and Republicans, with the former much more worried about the politicization of the federal health agencies. However, the coronavirus, as is the case with all viral outbreaks, doesn’t recognize the politics.

Experts on vaccine hesitancy, the unwillingness of people to be vaccinated have criticized Trump for emphasizing how quickly vaccines are being developed.  This is in large part to the political branding of the effort to find a vaccine as “Operation Warp Speed,” arguing that it’s stoking the skepticism and concerns that any vaccine approved by the FDA is being thrown together without proper safety measures.