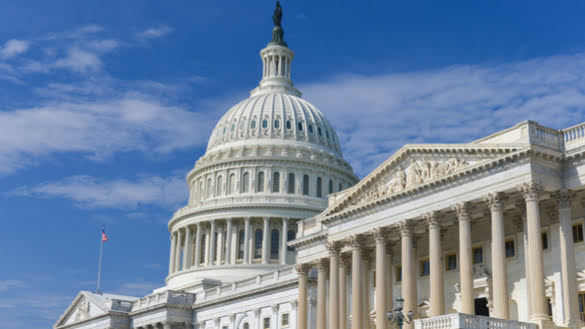 Top Democratic leaders, including Charles Schumer and Bernie Sanders, and members of the Democratic-led budget committee, have agreed on a $3.5 trillion price tag for an infrastructure plan.

When combined with a $579 billion bipartisan infrastructure plan, this accord would equal $4.1 trillion in additional expenditures for the country.

As part of their efforts to leverage their narrow majority and level the playing field in the economy, Democrats want to introduce one of the most significant spending packages ever considered by Congress.

Even though it is a massive proposal that would send federal money over the next decade to a wide range of projects that Vice President Biden has designated as his top priority, Republicans in the Senate have voiced strong opposition to it, and it is sure to be defeated.

The proposal is set to go through a time-consuming reconciliation procedure, a parliamentary technique that requires just a simple majority vote to approve a piece of legislation.

Democratic senators must work together for the proposal to be successful against a unified Republican opposition in a 50-50 Senate.

The agreement didn't contain many details about which measures will eventually be included in the package.

Senate Majority Leader Chuck Schumer has said that Medicare would be expanded to include vision, dentistry, and hearing treatments in the future.

As of 2019, the Congressional Budget Office estimated that this would cost $358 billion over 10 years.

Following an evening meeting with Senate Majority Leader Chuck Schumer, all 11 Democratic members of the Senate Budget Committee announced that they had achieved an agreement on a spending level for the year.

On Twitter, Senator Mark Warner said that the Senate Budget Committee had reached an agreement on a $3.5 trillion topline budget that was "fully paid for and included funds for climate change, education, Medicare expansion, and other programs."

As soon as the agreement is finalized, Democrats want to turn it into a budget resolution that would allow lawmakers to enact significant spending initiatives without the need for Republican approval if approved by both chambers of Congress.

A budget resolution allows the Democrats, who have a narrow majority in the Senate, to avoid filibuster-blocking tactics, which would usually need 60 votes in the 100-seat chamber rather than a simple majority vote, to enact legislation be the case otherwise.

Democrats used a similar procedural tactic in March to get President Biden's $1.9 trillion pandemic relief package through the House of Representatives, which was a first for Democrats.