The Majority of Americans Believe President Trump is Being Blackmailed By Russia’s President Putin! 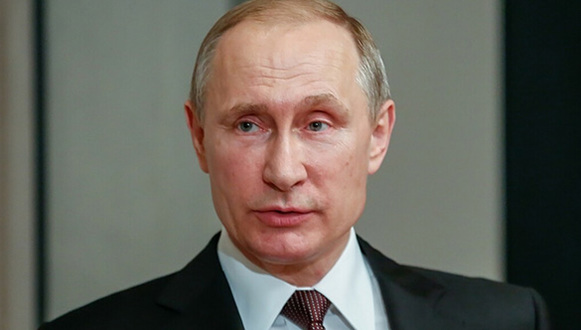 With less than 99 days ahead of the midterm elections, after seeing Trump’s submissive, weak performance in Helsinki, the majority of Americans now believe he’s under Russian control because of some dark secret(s). The American people aren’t the only ones worried that blackmail is afoot. Republican members of Congress and the Senate are also asking questions and drawing attention to the possible danger…

Rep. Will Hurd (R-Texas) wrote last week that as a former CIA agent, he has seen Russian intelligence officers manipulate people, but “I never thought I would see the day when an American president is one of them.”

Sen. Bob Corker (R-Tenn.) slammed Trump’s threat against former intelligence officials as a “banana republic” tactic and likened it to the actions of the corrupt regime in Venezuela.

“I can't say it more forcefully. We need a clear understanding as to what is going on, what our president agrees to, and what our strategy is on a number of issues," said Corker, who chairs the Senate Foreign Relations Committee, when Secretary of State Mike Pompeo came to brief the panel.

The Quinnipiac Poll isn’t an outlier. The latest NBC News/Marist Poll, conducted from July 19-22, found that 53 percent of voters say Trump has done something either “unethical” or “illegal” in his relationship with Russia.

President Trump’s decision to go after former U.S. intelligence officials by dropping their security clearances for being critical of his dealings with Russia, and his attacks on our nation’s intelligence services with charges that they are part of the fictional “deep state conspiracy,” all serve Putin’s Russia and do nothing to protect our national security.

Then came Trump’s insulting remarks last week telling his supporters “Stick with us. Don’t believe the crap you see from these people [journalists].” He also advised: “What you are seeing and what you’re reading is not what’s happening.”

If the past 8 years have taught us anything, it is that Trump’s cult of remaining supporters revel in their willful blindness to his lies and ignorance. His deplorables swallowed Birtherism long after any sane person would have. They’re buying into the ‘greatest economic turnaround” rhetoric even as the first 18 months of the Trump Presidency has produced fewer jobs, negative wage growth than the last 18 months of Obama’s Presidency.

Then again, Obama is a black man who had the audacity to rise to the Presidency.